They met at the Filmfare Middle East Achievers Night 2021 and posed for the shutterbugs. 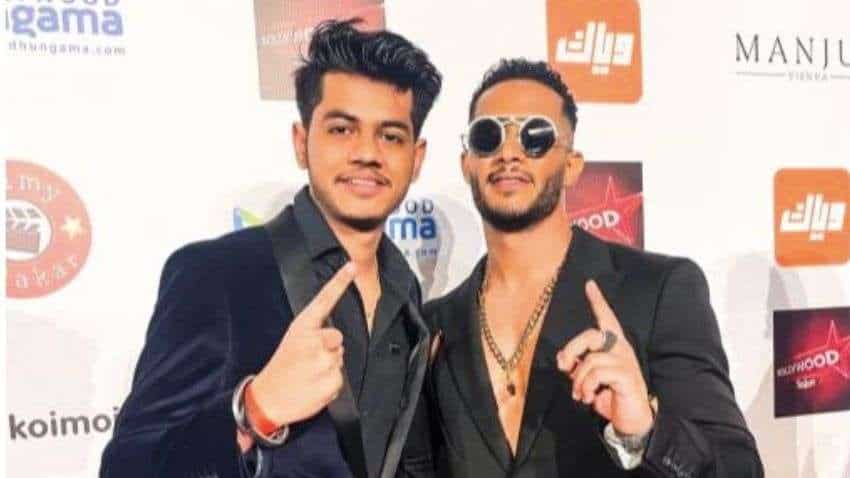 They met at the Filmfare Middle East Achievers Night 2021 and posed for the shutterbugs.

Apart from the many people and professionals of different industries of the world making headlines, many new events and functions have also grabbed the attention of most of the people. Recently, people were fascinated to look at the long list of glamorous celebrities they spotted at the Dubai held Filmfare Middle East Achievers Night 2021. The event was so talked about that people couldn't take their eyes off from the glittering faces of the many prominent personalities they spotted at the event.

Among them, two young professionals also met, Nishant Piyush of Prike Media, the young Founder of CEO of his digital marketing and PR company based in Dubai, and the prominent Egyptian actor named Mohamed Ramadan, who has also shown his excellence as a rapper, singer, dancer and producer in the world of entertainment.

The Filmfare Middle East Awards were held recently in Dubai, and it was one fun event with much glitz and glamour, filled with some of the brightest stars from across different entertainment industries, including Bollywood. Nishant Piyush, too, as a young digitalpreneur, was invited to the event and met many top names of the entertainment niche, which also included Mohamed Ramadan.

Mohamed Ramadan is seen as a superstar in the industry for his incredible work across music, Television, films, etc. Nishant Piyush exclaimed with joy that he couldn't control his excitement to meet the actor and the versatile talent, who was equally pleased and delighted to meet him. Both of them looked dapper at the event and even posed for the shutterbugs, which has now been doing rounds across social media.

The Filmfare Middle East Achievers Night 2021 saw the biggest names and celebrities, among which these two talented youngsters also made their presence felt and spread on their positive vibe.