A day after General Motors (GM) announced to exit from India's auto market on Thursday, the prices of its Chevrolet cars recorded 5% decline in the country's resale market. 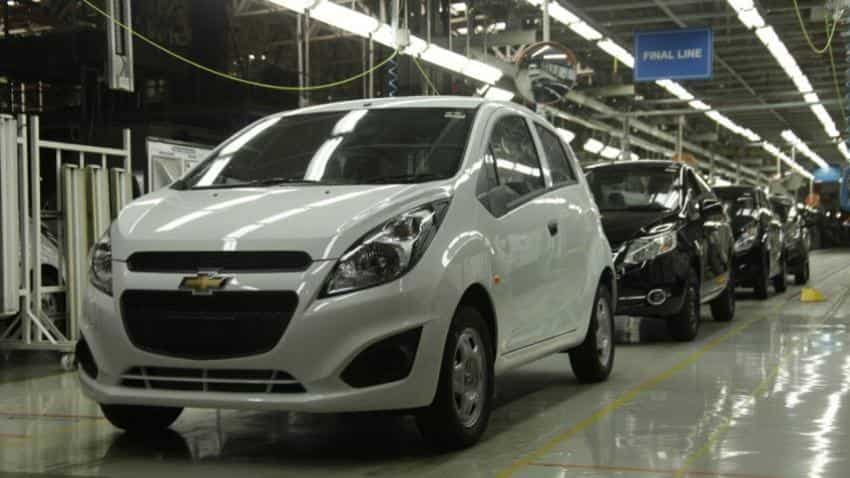 1.Chevrolet cars have seen a 5% drop in the resale market

2.The prices of Chevrolet cars might drop as low as 20%

3. GM assures of after sales services to customers

General Motors (GM) made a major announcement on Thursday to exit from India's domestic sales market. The US car maker will now use its manufacturing facility in Talegaon to produce vehicles for export markets.

The decision by the company came after sustained losses in the domestic market and a very small market share (0.32% as on April 2017). A reason why the decision is not expected to have a huge impact on the Indian automobile market.

However, it is expected to have an impact on the resale market of Chevrolet cars, a brand under which GM operates in India.

Just a day after the announcement the prices of Chevrolet cars have seen a 5% drop in the resale market. The prices of the companies cars are further expected to drop as low as 20% in coming days.

ALSO READ: GM exits India: Are you a Chevrolet car owner? Find out what happens to your car's servicing

Shubh Bansal, Co-founder and Chief of Marketing at Truebil, a virtual marketplace for pre-owned cars, said, “Whenever an OEM stops the production of any car model the prices in resale market drops by 10-15%, and in this case, the prices might drop as low as 20%. This price impact is gradual which will pan out in a duration of a year. Currently, we are seeing a 5% drop already.”

He further said that autorised service centres might not be able to provide satisfactory service levels and by the end of this year, there is a possibility of the shortage of original space parts.

Kaher Kazim, MD and President of GM India, said that the company will end its domestic sales in India by December 31, 2017, but will continue to provide after sales service for a longer period.

“We will honor all our commitments to customers, this includes our after sales service agreements to them. We will continue to support all local stakeholders,” he said.

The company however did not give a timeline till when it will end it after sales service to customers.

Kazim further said that customers need not worry about the parts of the GM cars that they have sold in India as the parts will still be available to customers long after it stops domestic sales in India.