Many brands have partial deferment of advertising budgets led by postponement of new launches. 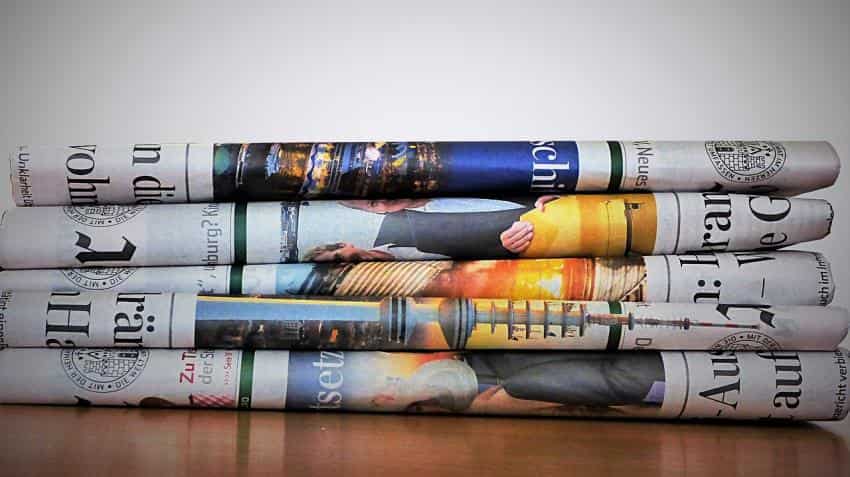 Newspapers stacked on top of each other. Photo: Pixabay
Written By: ZeeBiz WebTeam
RELATED NEWS

Demonetisation may have put a break on the ad spends of many brands, but it is not expected to be for long. Big spenders such as FMCG and automobile sectors expect consumer demand to improve in the coming months as liquidity is restored. Consumption boost is also likely from expected stimulus offered in the upcoming Budget 2017, said an Axis Direct report.

The report further said that the current slowdown in ad spends is a partial deferment of advertising budgets led by postponement of new product launches, ad campaign, etc by companies. As a result, as spends are likely to revive as consumer spending picks up with liquidity infusion and expected consumption stimulus in the forthcoming Budget.

Broadcasters are expected to be benefit the most from the revival. “While H2FY17 ad spends will be subdued, we expect a revival in TV ad spends across key genres (both Hindi and Regional), addressing higher eyeballs as consumer spending picks up. Regional ad spends to continue to grow at a faster clip, given relatively higher under penetration for most of the brands across sectors coupled with rising consumer income,” said the report.

In print it will be the Hindi print players which will benefit the most. Demonetisation has impacted both local and national ad spends across print players, however the report expects Hindi print ad spends to recover quickly in comparison to English as it is more dependent on real estate which is a big growth driver. However, demonetisation has had a big dent on the real estate sector and is expected to take a while to recover.