The popularity of the Mi-Fi Reliance Jio devices in rural areas and towns is one of the reason for the continued growth of the data card in India. 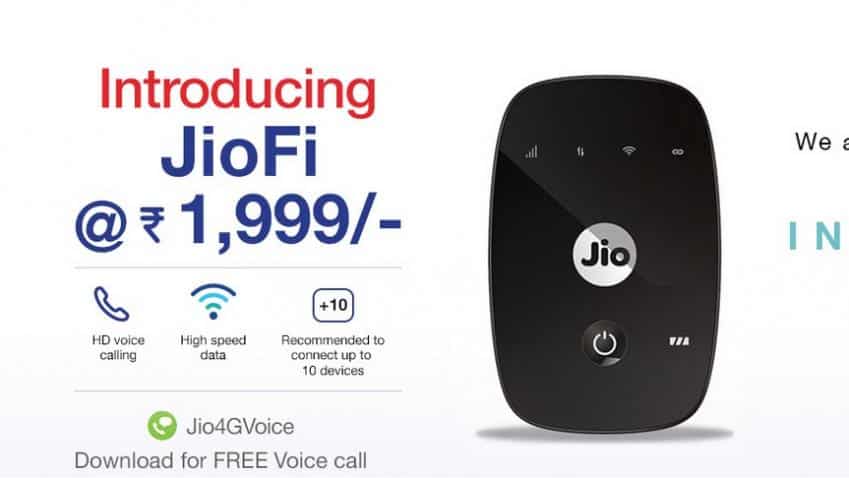 Pre-booking of Reliance JioPhone suspended; Want to know how to register, order, pay and other details

The launch of consecutive free data services followed by the availability of Mi-Fi data cards at different prices aided the consistent growth of Reliance Jio to capture 91% of the data card market, according to a CMR India Research report.

Huawei, which came in second, had a distant 3% market share in the same quarter, followed by Alcatel with 2% market share.

The other vendors’ market shares are stagnant by 3% from the last two quarters. The units shipped of Alcatel witnessed the fastest growth by 522% in 2Q CY2017, whereas ZTE and D-Link shipments registered decline of 21% in case of former and 82% in case of latter respectively.

The reason for the MiFi data cards popularity is by Jio's gaining acceptance in Tier II and Tier III cities and towns. This, the report said, could result in erosion of potential broadband base for operators like BSNL.

In these tier II and III cities and towns BSNL's fixed broadband line is most popular with its 2MBPS internet speeds for residential users. However, with Jio's data cards offering 4G speeds and lower costs it can become a threat to BSNL.

Mi-Fi could also slow down the pace of 3G and 4G Smartphone replacement as the market looks for replacement opportunity in smaller towns and cities.

“RJio’s MiFi devices (JioFi) also impact home router market. Our initial statistics from the channels suggest a decline of 60-70% sales in major cities. Now it has started affecting the SOHO / SMB router market in other cities and towns as well. To counter competition is attempting to level the equation by offering matching plans, etc. However, I expect Mi-Fi’s to continue cannabalising the entry level router market for few more quarters from now,” said Narinder Kumar, Analyst, Industry Intelligence Practice, CMR.

Data card with data rate of 150 Mbps accounted for 97% of the total market of overall shipments in 2Q CY2017. Around 92% of Data Cards were on Qualcomm Chipsets during the period.

The report further says that Jio's Mi-Fi data card is going to play a pivotal role in the digitalisation of India. This is as Mi-Fi devices can increase the internet penetration deep in to the towns and villages of the country.

Another reason is that it does not require the changing of the existing handsets and is also affordable from both initial investment as well as the data plans.

“LTE or 4G data card shipments accounts for 17% sequential growth owing to Mi-Fi devices and has proved to be the most favored technology in the same time period. On the other hand, 3G data card shipments shrinked by 61% in 2Q CY2017 as compared to the first half of CY2017,” stated Shipra Sinha Analyst, Industry Intelligence Practice at CMR.

Pre-booking of Reliance JioPhone suspended; Want to know how to register, order, pay and other details