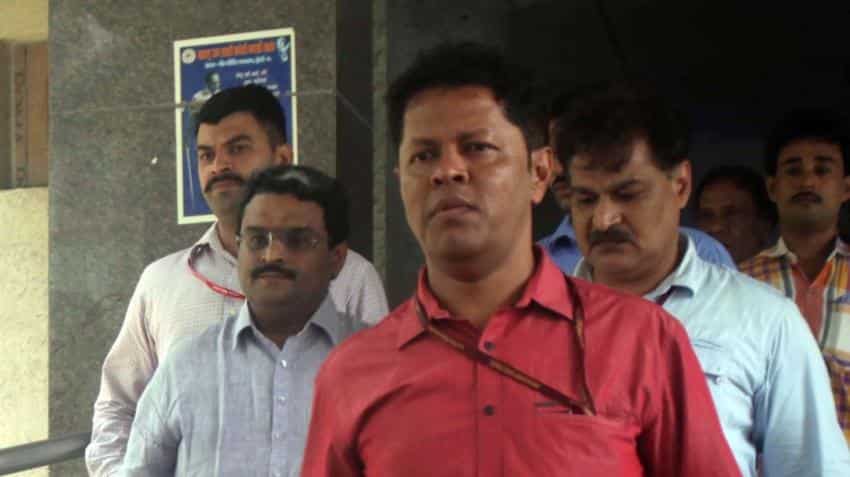 Jignesh Shah, founder and former chairman of Financial Technologies India (FTIL), being taken away by ED officials after being produced at Mumbai Court in connection with NSEL scam, on July 13, 2016. Image Source: IANS
Written By: ZeeBiz WebTeam
RELATED NEWS

The special PMLA court in Mumbai granted bail to Shah in the sum of Rs 2 lakh, PTI reported on Saturday.

Shah was arrested by the Enforcement Directorate (ED) on July 12 this year for non-cooperation with the investigation agencies and was produced before the PMLA court on July 13 in Mumbai, ANI had reported last month.

The agency had arrested Shah under section 19 of the Prevention of Money Laundering Act (PMLA).

The PMLA court had then decided to sent Shah to police custody till July 18, which later on it extended his custody to August 1, according to ZeeBiz report.

ED had filed a 20,000-page charge sheet against NSEL and 67 others in a Mumbai court in March last year, explaining NSEL funds were laundered and "illegally ploughed into purchase of private properties", cited PTI report.

ED had registered a criminal case under the PMLA in 2013 to probe the case, along with the Economic Offences Wing (EOW) of Mumbai police, the news report said.

The Centre had also recently directed the Maharashtra government to expedite the resolution of the case by quickly auctioning assets worth Rs 6,116 crore attached so far and refund investors at the earliest.

According to PTI news report, NSEL's payment troubles started after it was ordered by regulator Forward Markets Commission (FMC) in July 2013 to suspend spot trade in most of its contracts due to suspected trading violations.

The exchange could not settle the outstanding trades, leading to investigations by the police and regulators to find out whether the exchange had defrauded traders by not enforcing rules requiring sufficient collateral to be set aside, it further added.