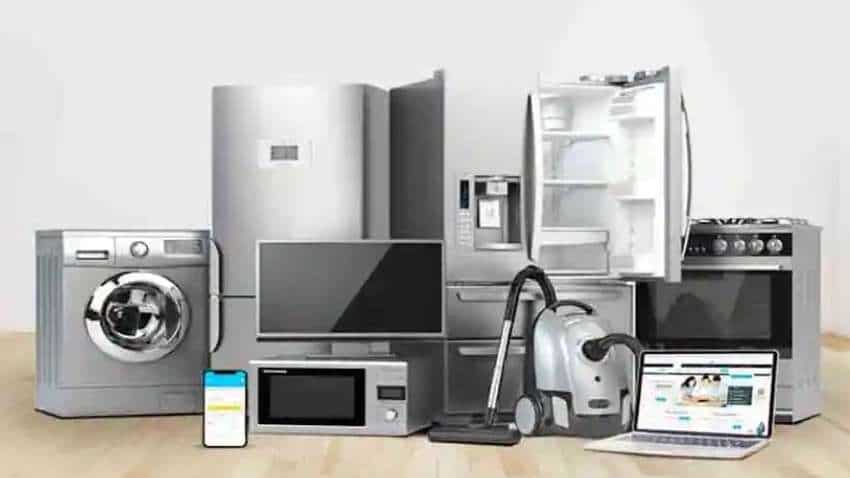 A total of 52 companies have filed their application with a committed investment of Rs 5,866 crore under the Production-Linked Incentive (PLI) scheme to incentivise the domestic manufacturing of components of white goods (air conditioners and LED lights), applications for which closed on 15th September 2021. The PLI Scheme was notified on 16th April 2021.

The Union Cabinet, chaired by Prime Minister Narendra Modi has given approval to the PLI Scheme for white goods (air conditioners and LED lights) to be implemented over FY 2021-22 to FY 2028-29 with an outlay of Rs 6,238 crore on 7th April 2021.

Applications have been filed for the production of components, which are not manufactured in India presently with sufficient capacity. For air conditioners, several companies will be manufacturing compressors, copper tubing, aluminium stock for foils, control assemblies for IDU or ODU, display units, BLDC motors among other components. Similarly, for LED Lights LED Chip packaging, LED Drivers, LED Engines, LED Light Management Systems, PCBs including metal-clad PCBs and Wire-wound inductors, etc. will be manufactured in India.

The scheme will generate approximately 2 lakh direct and indirect employment opportunities in the next 5 years as per the estimates.

The scheme was notified by Department for Promotion of Industry and Internal Trade (DPIIT) on 16 April 2021. The scheme guidelines were published on 4 June 2021. Online applications have been received from 15th June 2021 till 15th September 2021. The selection of applicants will be done within 60 days from the date of closure of the application window i.e. by 15th November 2021.

The PLI Scheme on white goods is designed to create a complete component ecosystem for the air conditioners and LED Lights Industry in India and make India an integral part of the global supply chains.

The scheme shall extend an incentive of 4 per cent to 6 per cent on incremental sales for a period of five (5) years subsequent to the base year and one year of gestation period. Only manufacturing of components of ACs and LED Lights will be incentivised under the Scheme.

The scheme will incentivize the manufacturing of components of ACs and LED Lights. 90 per cent Bill of Material (BoM) of ACs and 87 per cent of BoM of LED Lights are covered under PLI Scheme. It will lead to an increase in value addition in the country from 20 per cent to 80-85 per cent and developing a robust component eco-system for AC Industry and LED Lights Industry.

Selection of companies for the Scheme shall be done so as to incentivise manufacturing of components or sub-assemblies which are not manufactured in India presently with sufficient capacity. Mere assembly of finished goods is not being incentivised.

Over the next 5 years, the scheme is expected to lead to the total production of about Rs 2,71,000 crore of components of ACs and LEDs. The scheme will bring additional investment in the component manufacturing eco-system of ACs and LED Lights industry to the tune of Rs 5,886 crore. 31 companies have committed investments of about Rs 4,995 crore for AC components and 21 companies have committed investments of Rs 871 crore for LED components.