After Reliance Jio's Dhan Dhana Dhan offer, telecom operators have rolled out a fresh slot of tariff plans that are data heavy. This is a review of all plans along with the benefits offered and a price comparison of the same. 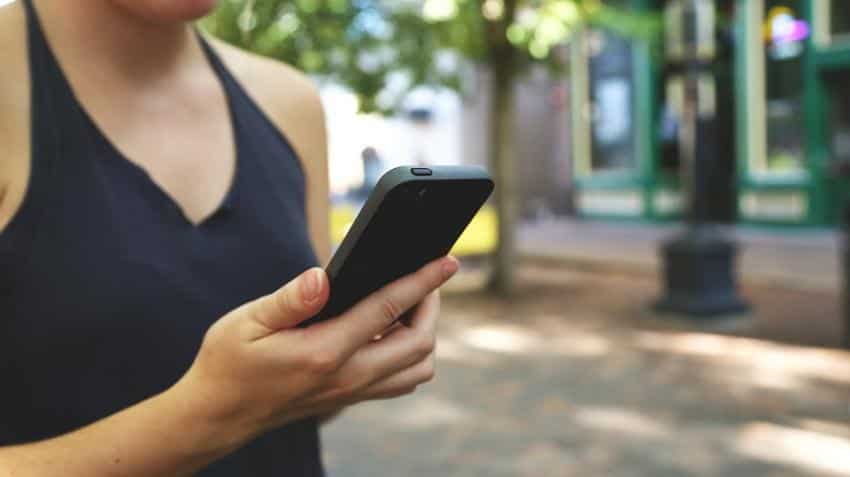 The offers for Indian wireless telecom subscribers kept pouring in after a fresh price war between the telecom operators emerged on account of Reliance Jio’s new tariff plan.

Reliance Jio that was advised by Telecom Regulatory Authority of India (TRAI) to cut short its extension of Jio Prime membership and take down its Summer Surprise then came up with a new plan – ‘Dhan Dhana Dhan.’

Under this plan, those who did their first recharge before April 15 were entitled to free data for another three months.

With this, the telecom operators once again started defending their own subscriber base and released newer plans data heavy plans within couple weeks of its latest offer. 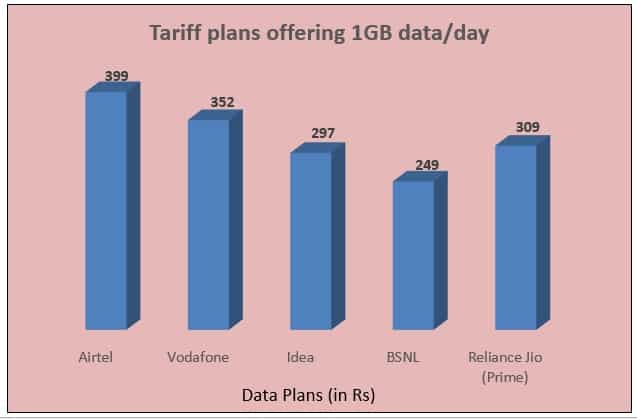 Kindly refer to the detailed plans description for complete benefits received under each operator's plans.

India’s telecom major, Bharti Airtel on Sunday said that it would offer up to 30 GB of free data for the next three months for postpaid subscribers logging onto the 'My Airtel' app by April 30.

In March, the company announced a similar plan and subscribers had to avail the offer before March 31.

With its new release Airtel said if subscribers overuse their daily quota on data packs on traveling abroad the operator would automatically activate the Rs 499 pack (that includes unlimited incoming calls, free data, SMS) at no added cost.

Rs 244 plan: Last week under its Rs 244 plan Airtel offered users 1GB data per day for 70 days if they have a 4G smartphone and 4G SIM card. The plan also entailed 300 minutes of free Airtel to Airtel calling per day and 1200 minutes free calls per week after which they would be charged Rs 0.10 per minute.

Rs 399 plan: Under this plan the user would get 1GB data per day on 4G phones and free calls upto 3000 minutes for a 70-day period. Charges post the consumption of free calling minutes would be Rs 0.10 per minute. On calls made to Airtel numbers, the limit is 300 minutes per day and 1,200 minutes per week.

In March the company also upgraded its Rs 345 plan which offered 28 GB data for the month (1GB per day usage) to 2GB per day.

Rs 297 plan: The plan will offer unlimited Idea to Idea local and STD along with 1GB of 4G data per day for 70 days. It will also offer voice calls for 300 minutes per day and 1200 minutes per week.

Rs 447 plan: This plan will get users unlimited calls to any network across the country along with 1GB of 4G data per day for 70 days.  The Rs 447 plan will also allow voice calls to 3000 minutes for 70 days.

Users will be charged at 30 paise per minute once the data limit is exhausted.

Rs 352 plan: The company has sent out messages to its subscribers regarding this plan and is said to offer 1GB data per day for 56 days along with free local and STD calling.

Last week Vodafone announced a new 4GB free 4G data offer. The company said the offer is available across 14 Vodafone circles in India. Under this offer, users get 4GB of 4G data on 4G handsets if they upgrade their existing Vodafone SIM to company's SuperNet 4G network. The pack validity for prepaid users is for 10 days while post-paid users get the validity till the next billing date of their connection.

Vodafone also announced the launch of its 24 GB ‘gift’ data pack to its post-paid subscribers at the end of March and the users would get the data in a monthly instalment of 8GB over the period of three months.

Rs 249 plan: This plan the company said will offer 300GB data per month and is available only for new subscribers. Reportedly, BSNL has launched this plan only for six months after which it will increase plan's tariff to Rs 499.

Jio rolled out its Dhan Dhana Dhan plan on April 11 after discontinuing its Summer Surprise. However customers were still allowed to avail of its Prime membership that offered more data for lesser price.

Rs 309 plan: Under this plan, Mukesh Ambani backed company would offer 84GB data for 84 days to its Prime customers only and also unlimited calling and SMSes on local, STD and roaming.

Non-Prim customers would have to pay Rs 349 for the benefits of this same plan.

Rs 509 plan: Jio Prime customers would get 2GB per day for 84 days along with unlimited calling and SMSes on local, STD and roaming.

Its Non-Prime customers would have to pay Rs 549 for this same plan.