While crisis-hit Jet Airways is cancelling flight operations on many routes, airfares are expected to go up. 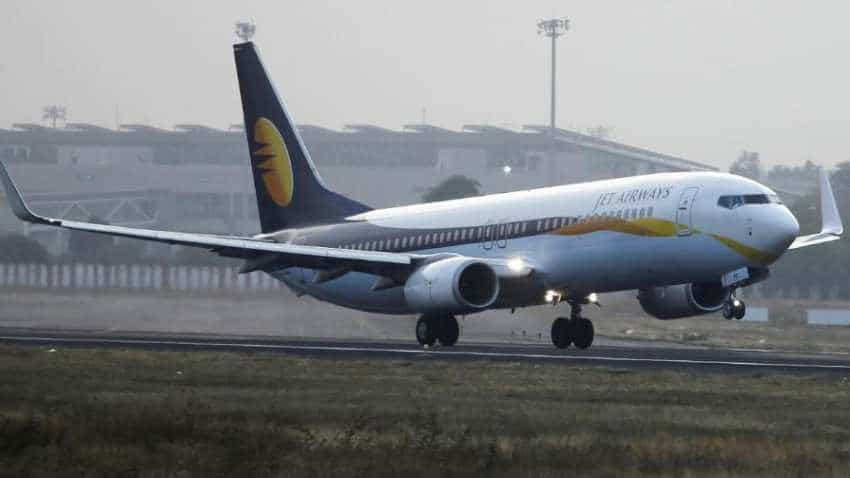 The supply of seat capacity has gone down, as Jet Airways cancelled a number of flights. Image source: Reuters
Written By: ZeeBiz WebTeam
RELATED NEWS

While crisis-hit Jet Airways is cancelling flight operations on many routes, airfares are expected to go up. The airline is now operating a reduced number of flights. The crisis has even worsened as the airline has failed to get any investor onboard to capitalise it to meet the operational expenses. Several international flights have been cancelled, as the airline failed to pay various charges. The airline has suspended international operations till Monday afternoon.

The fares are expected to remain high in the near term, the report said. On the other hand, the capacity to cater to the customers has gone down.

The shortage of flights has definitely resulted in passenger inconvenience.  If the capacity is not increased before the peak summer travel season, the situation may further worsen.  Jet Airways reportedly has stopped forward bookings for some of its international sectors.

However, IndiGo and SpiceJet will add aircraft to their fleets over the next few months. SpiceJet will induct 16 Boeing 737-800 NG aircraft on dry lease to minimise passenger inconvenience, the airline said. The airline has applied to the Directorate General of Civil Aviation (DGCA) for a no-objection certificate (NOC) to import the aircraft. The aircraft are expected to join the SpiceJet fleet in the next ten days, which is subject to regulatory approvals.