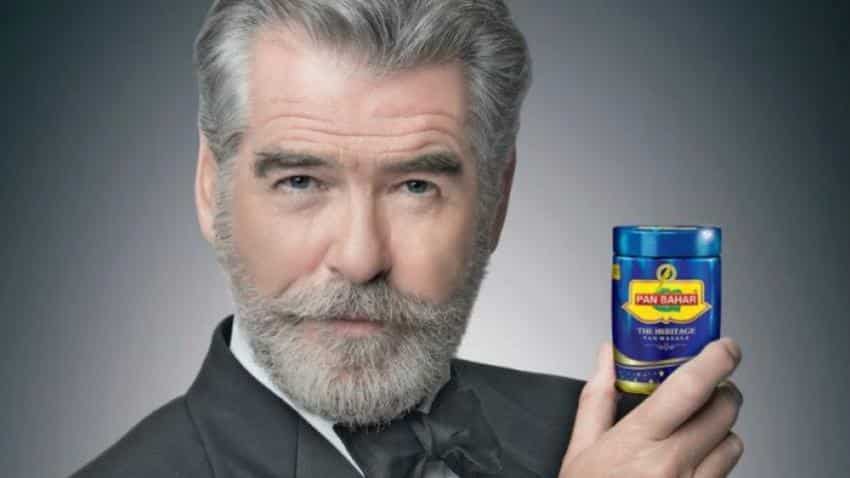 Brosnan said that he had agreed to advertise only for a single product of the company and that it was presented as an ‘all natural containing neither tobacco, supari or any other harmful ingredient.’ Image Source: Twitter
Written By: ZeeBiz WebTeam
RELATED NEWS

In an exclusive statement to People’s magazine, on Thursday, the former James Bond actor, Pierce Brosnan said that he was shocked to see the misuse of his image in the endorsement of Pan Bahar’s breath freshener which could cause cancer.

Brosnan said that he had agreed to advertise only for a single product of the company and that it was presented as an ‘all natural containing neither tobacco, supari or any other harmful ingredient.’

The Hollywood actor said that he has demanded that the company remove his image from all their products.

He also stated that he wasn’t aware of the property of the ‘mouth freshener’ to turn saliva red.

"Having endured, in my own personal life, the loss of my first wife and daughter as well as numerous friends to cancer, I am fully committed to supporting women's healthcare and research programs that improve human health and alleviate suffering," the statement said.

Earlier this month, Brosnan was being trolled all over the internet for being signed as a brand ambassador of the Indian Pan Masala company.

Brosnan said he had the "greatest love and affection for India and its people." He added, "I would never have entered into an agreement to promote a product in India that is dangerous to one's health."