Shriniwas C Mudgerikar, Chairman & Managing Director, RCF, talks about March quarter numbers, expectation from Monsoon season, JV for a greenfield coal gasification-based plant at Odisha and DAP subsidy and its benefit among others during an exclusive interview with Swati Khandelwal, Zee Business. 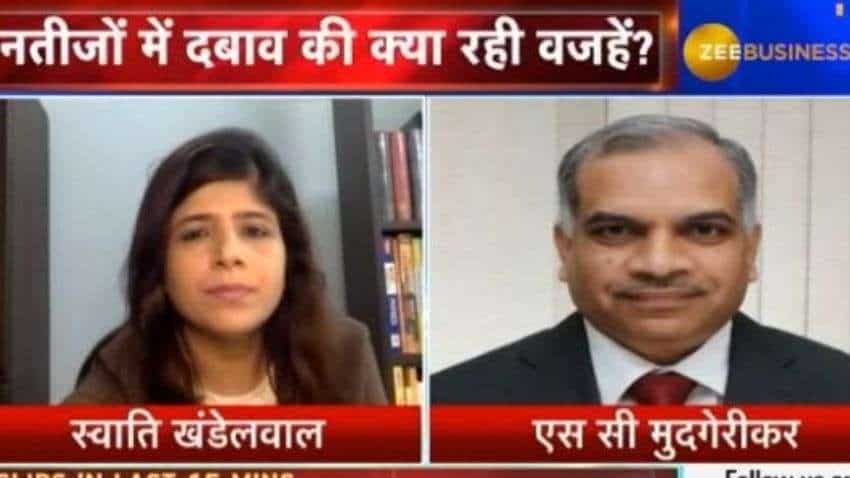 Q: There is a decline in the top line and margins have been under a pressure in the fourth quarter. Tell us the reasons for this decline?

A: If we will talk about the top line then it is very healthy and the visible fall is due to the fall in gas prices as compared to the previous year. If you would have seen the average gas price in 2019-20 then it stood at Rs 761.34 per lbtu which declined to Rs 589.92 per lbtu last year. Interestingly, 85% of our cost comes from the gas that is consumed at our place. So, a fall in it will also reduce the subsidy, which has an impact on profitability because our products turn more profitable when gas prices are lower. The decline in the top line has benefitted us a lot in increasing our profits. If you will have a look at the profit before tax then we have posted the highest ever profit of Rs 516.17 crore in FY2020-21, which is 154% compared to the previous year, which means a double increase this year. At the same time, the dividend that has been recommended by the board is also the highest ever with a 29.8% total dividend. The main reason behind it is the decline in the gas prices due to which our products have turned cost-competitive in the market. Also, there is a good increase in sales of the industrial chemicals and its turnover has increased by 57.5%. Last year, industrial chemicals sales stood at Rs 1,234 crore and it stood at Rs 720 crore in the previous year. So, it has increased a lot. In addition, there is healthy growth in the fertilizer production and our production has been more and sales have also increased. Overall, the fertilizer sales in our country have increased by 9.6% last year. At the same time, the energy efficiency and productivity have been increased and many of the new products that were launched like Ammonia, Methanol, Sodium Nitrate, Sodium Nitrite, DMF, these are industrial chemicals, which is not dependent on subsidy and we sell it on the basis of sell and carry and we have been benefitted from it. Even while trading in which the products which are imported and sold have also increased our profitability a lot and we had a profit of Rs 78 crore in it as compared to Rs 61 crore posted in the previous year. Along with this, the government has also cleared a subsidy outstanding as it gave a special package of Rs 65,000 crore to the fertilizer industry, due to which our outstanding of the subsidiary has turned into zero from the last year when it stood at around Rs 4,248 crore. Due to this our working capital issue has shorted out to a great extent and our finance cost has also reduced. So, I think, it has been a very good performance of RCF. And, the decline in top-line is beneficial for us as our products have turned competitive and the impact is mainly due to the gas price reduction, which is a good thing as far as RCF and the fertilizer industry is concerned.

Q: The monsoon forecast looks good and there are talks related to normal monsoon. So, what sort of sales are you expecting in the coming months and what is your outlook on margins?

A: Monsoon will be normal and accordingly, we will see a growth in the fertilizer sector. The current forecast for Kharif for 2021 projects a 5% increase this year as compared to the last year. As far as RCF is concerned, we have a lot of increase in April. In the current financial year, our fertilizer sales have increased by 65%. Last year, we sold around 1.36 lakh metric tonnes in April and this time, it has increased to 2.24 lakh metric tonnes. So, we see that due to the normal monsoon the momentum that we saw in the fertilizer sector last year will continue this year as well and a projection of around 5% increase in the Kharif season this year.

Q: What are your plans related to product diversification as you are already the largest manufacturer of Urea in India? What kind of focus you will have and will we see some specific things in FY22? –Also, what is the update on JV for a greenfield coal gasification-based plant at Odisha?

A: The Talcher Fertilizers Limited (TFL), which is a joint venture of four PSUs, namely RCF, Coal India Limited (CIL), Gas Authority of India Limited (GAIL) and Fertilizer Corporation of India Limited (FCIL). It is a strategic sector because this is the first time when we are thinking about coal gasification because the entire fertilizer sector is completely dependent on gas, as I have said earlier that of our cost almost 85% of the cost belongs to gas. And due to the shortage of gas in our country, we are heavily dependent on imports. In view of the same, we thought about coal gasification, as coal is abundant with us and we can go for gasification of the same to make fertilizer from it. This is why we have started this new project at Talcher. Even the government has also announced a policy for it due to which the profitability is established in it and there is an assurance that we will get a profit at whatever it costs. Its contracts have been given and we are trying our best to complete it at the earliest.

Q: What is the CapEx plan for FY22? Also, the government has tried to give a boost by increasing the DAP subsidy. Do you think NPK’s will also get some benefit from it and will it give a boost to the demand?

A: Definitely because in the NPK, the subsidy of Phosphorus has been increased. In NPK, Phosphorus is one of the parts, for instance, Nitrogen, Phosphorus and Potassium are present and in it, the subsidy for Phosphorus has been increased due to which the fertilizer that will be provided to the farmers will be at the right price. Because international prices have increased a lot and the DAP or MAP or Phosphoric Acid, Sulphur has increased a lot in the international market due to demand and supply conditions. But the Union Government’s decision to increase the subsidy on Phosphorus will help in absorbing the cost oscillation and take it to farmers at the right price. At the same time, the NPK fertilizers along with DAP; like we have seen an increase in the demand for RCF’s Supahala 1, is termed NPK 15. And, as I have said that we have seen good sales in April as compared to 1.36 lakh metric tonnes in April 2019, it has gone up to 2.24 lakh metric tonnes, which is an almost 65% increase in sales. But, if we have a look at the overall Kharif season of this year then there is an expectation of an increase by 5% this year.