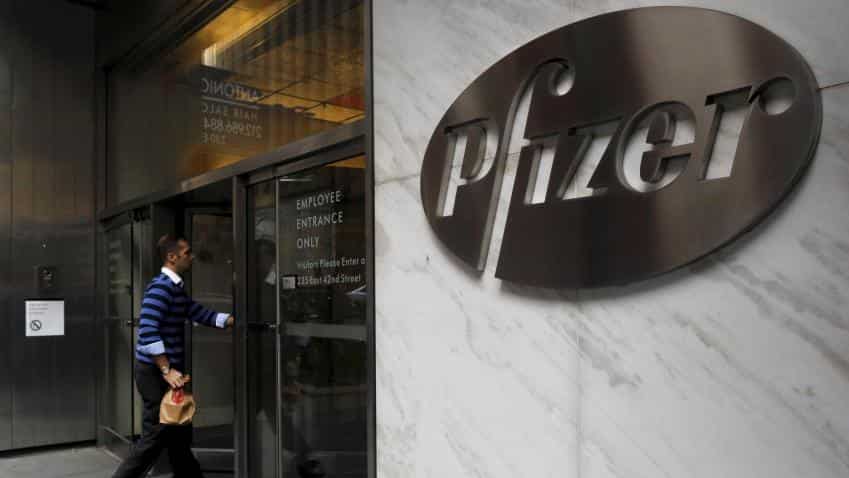 A man enters the employee entrance of the Pfizer World Headquarters building in the Manhattan borough of New York, US, November 23, 2015. Photo: Reuters/Brendan McDermid
RELATED NEWS

Pfizer Inc has approached US cancer drug maker Medivation Inc to express interest in an acquisition, raising the possibility of a bid rivaling a $9.3 billion (approximately Rs 61,870.5 crore) offer by Sanofi SA, people familiar with the matter said on Tuesday.

Pfizer's approach comes less than a week after Sanofi went public with its $52.50 per share cash offer, complaining that Medivation refused to engage. Medivation subsequently rejected the offer as too low. Its shares closed on Tuesday at $57.52.

Medivation has not yet decided whether it should engage with Pfizer in negotiations and is in discussions with its financial and legal advisers, the people said. There is no certainty that Pfizer will press ahead with a bid, they added.

Sanofi currently has no plans to raise its offer and is waiting for Medivation to launch an auction to sell itself before it makes any new bid, some of the people said.

The sources asked not to be identified because the matter is not public. Medivation, Sanofi and Pfizer declined to comment.

Based in San Francisco, Medivation is best known for its oncology drug Xtandi, which treats prostate cancer.

For Pfizer, a deal with Medivation would mark another attempt at building scale in patented drugs after it scrapped its $160 billion acquisition of Dublin-based Allergan Plc last month.

The breakdown came days after the US Treasury issued new rules that weighed on Pfizer`s ability to slash its tax bill by using the deal to redomicile in Ireland.

Earlier on Tuesday, Pfizer Chief Executive Ian Read said in an interview with Reuters that he would consider another merger of any size, as long as the deal makes sense. He did not comment on Medivation.

Sanofi is vying for Medivation in an attempt to expand in the lucrative oncology sector, as it struggles to compensate for declining revenues from a key diabetes drug that recently lost patent protection.

Stocks in Focus on April 7: Pharma Stocks, Lupin to CESC; here are the 5 Newsmakers of the Day