Pepperfry to invest about $12 mn on expansion, bolstering supply chain

Pepperfry, which has 10,000 sellers on its platform, has more than 4.5 million registered users. The marketplace claimed it gets over seven million monthly visits, and the average ticket size (for furniture) is about Rs 17,000-20,000. 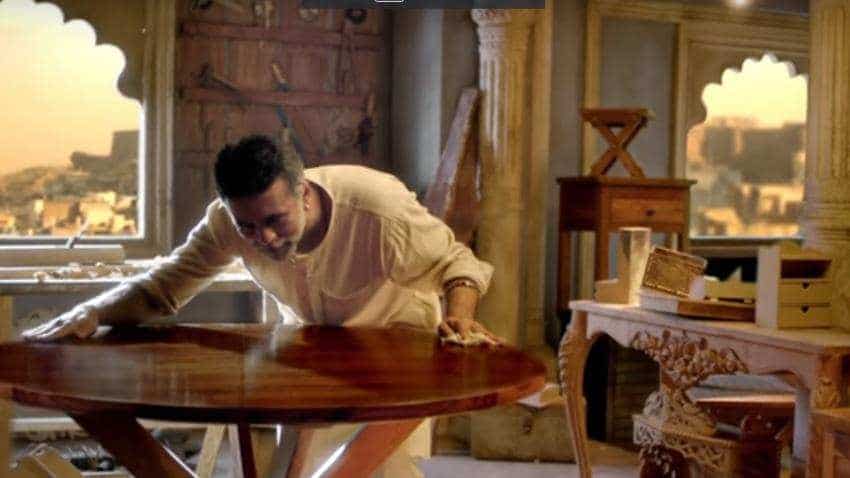 Pepperfry expects to pump in about USD 12 million (over Rs 85 crore) this year, Photo: YouTube
Written By: PTI
RELATED NEWS

Furniture and home products marketplace Pepperfry expects to pump in about USD 12 million (over Rs 85 crore) this year as it sets up over 100 offline stores and strengthens its supply chain operations to reach more customers.

The company aims to touch a GMV (gross merchandise value) of USD 1 billion by March 2021 as it scales up its operations across metros and tier I and II cities.

"The omni-channel strategy has worked well for us. Our studios (offline stores) drive tons of engagement and also see 1.8X repeats. Most studios break even within 4-7 months," Pepperfry COO and founder Ashish Shah told PTI.

He added that currently, the company has 42 such studios with 12 under franchisees and the remaining 30 are owned and operated by the company.

Pepperfry, which has 10,000 sellers on its platform, has more than 4.5 million registered users. The marketplace claimed it gets over seven million monthly visits, and the average ticket size (for furniture) is about Rs 17,000-20,000.

Through its 'Studio Pepperfry', the company showcases a curated range of furniture from its online portfolio. It also offers interior designing consultancy at these stores. The company has raised over USD 150 million in funding from Goldman Sachs PE, Norwest Venture Partners, Bertelsmann India Investments and others.

"We are looking at smaller format stores (1,500 sq ft). The idea is to be in residential catchment areas and solve for access than be present in just high street areas. By March 2020, we are looking at over 100 new stores in top eight cities and more than 20 in tier I and II, taking the total to well over 150 stores," he said.

Shah explained that many of these stores will also be dedicated stores for its in-house brand 'Clouddio' (for mattresses and pillows) with the first of such store being launched in the coming weeks.

"Over 20 per cent of the 100 Studios being planned will be standalone Clouddio stores... We are also looking at launching standalone studios for Casacraft - one of our in-house furniture brand," he added.

The company is looking at tapping into locations like Goa, Lucknow, Vadodara, Imphal, Hubbali, Coimbatore, Trivandrum, and Mysore among others with its retail expansion.

"We expect the capex to be be about USD 11-12 million in the next one year as we set up these new stores as well as invest in a new warehouse in Bengaluru," Shah noted.

The Mumbai-based company, which has two warehouses in Mumbai and Gurugram, is also keen on tapping new-age technologies and will invest in areas like augmented reality/virtual reality to enhance customer's shopping experience.

It has recently launched a new gift registry service on its platform that allows consumers to gift home and furniture products.