Peerless General Finance has transferred unpaid deposits worth Rs 1,514 crore to the IEPF, an amount that was pending with the company for more than 15 years. 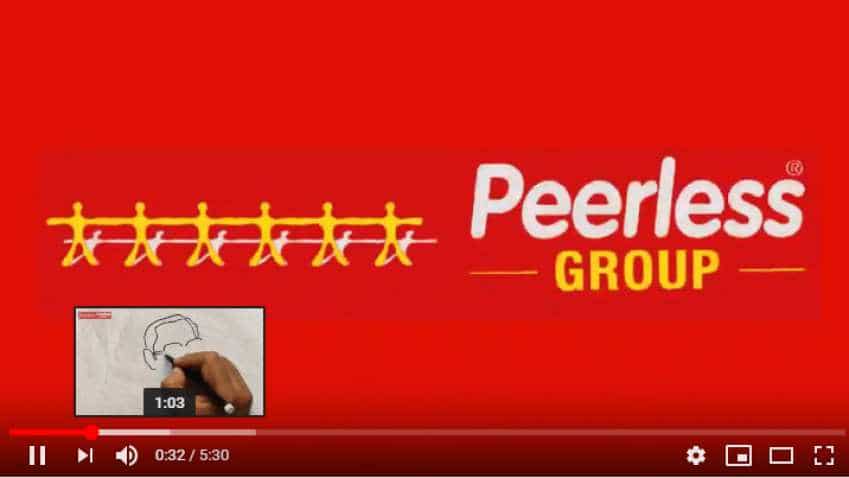 The Investor Education and Protection Fund (IEPF), set up under the Companies Act, 2013, primarily focuses on protecting the interest of investors. Photo: Peerless website
Written By: PTI
RELATED NEWS

Kolkata-based Peerless General Finance and Investment Company has transferred unpaid deposits worth Rs 1,514 crore to the IEPF, an amount that was pending with the company for more than 15 years, according to the government. The Investor Education and Protection Fund (IEPF), set up under the Companies Act, 2013, primarily focuses on protecting the interest of investors.

"In a major success, the IEPF Authority has been able to enforce Peerless General Finance and Investment Company Ltd to transfer deposits worth about Rs 1,514 crore to IEPF. "This depositors' money was pending with the company for the last 15 years," the corporate affairs ministry said in a release Tuesday.

The IEPF Authority comes under the ministry, which is implementing the Companies Act.
Government officials said the matter came to the notice of the ministry through a communication from the Reserve Bank of India (RBI) as the Kolkata-based firm was a Non-Banking Finance Company (NBFC).

The amount of Rs 1,514 crore does not include the interest that was to be paid to the investors over the years, the officials said.

The development would be boost efforts to protect the interest of investors, they added. According to the release, the company had garnered the amount through issuance of around 1.49 crore deposit certificates.

The data submitted by company showed that 50.77 per cent of the total amount was taken in the form of deposit certificates of value of Rs 2,000 or less.

One of the officials said that the total amount due, including interest, is roughly estimated at Rs 3,000 to 4,000 crore.

Among others, companies' unclaimed dividends for seven years as well as the underlying shares are transferred to the IEPF account.

The IEPF has an accumulated corpus of around Rs 4,138 crore. Companies have also transferred 65.02 crore shares valued at Rs 21,232.15 crore, as per the release.

The IEPF Authority would also be putting in place an online facility to collect primary information directly from retail investors about deposits that have matured and are still pending with various entities for repayment or payment of interests.

"The online report will capture only essential fields with various drop down options," the release said.

Separately, the IEPF Authority has issued more than 4,000 notices to companies seeking information for alleged lapses.

There have been companies that have transferred unpaid dividend amount to the IEPF but failed to transfer the shares. In some other cases, companies showed unclaimed and unpaid amounts in their balance sheets but did not transfer such amounts to the IEPF even after seven years.

"It has been noticed that there are many companies, including NBFC companies, which have neither refunded these amounts back to their entitled investors nor have transferred such amounts to IEPF even after expiry of the period of seven years," the release said.