Pawan Hans stake sale: The queries from interested bidders come against the backdrop of the government receiving a major setback last week as it received no preliminary bids for the strategic sale of its stake in Air India. 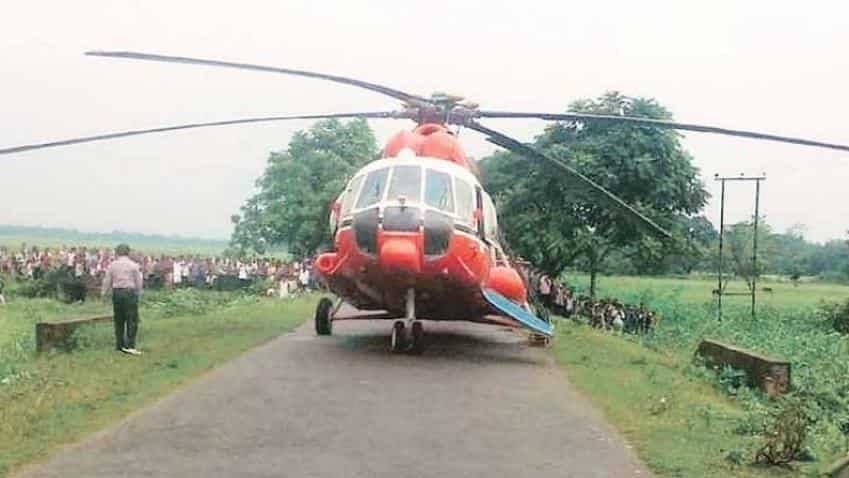 Pawan Hans is a joint venture between the government and state-owned ONGC. Image source: PTI
Written By: PTI
RELATED NEWS

The government has received as many as 42 queries relating to the strategic sale of helicopter services provider Pawan Hans and said non-scheduled operators can also participate in the bidding process.

It said that air transport service operators would also include the non-scheduled operators which hold a valid air operator permit issued by regulatory authorities in India.

However, to several other queries, it said the details would be provided at the request for proposal stage.

The queries from interested bidders come against the backdrop of the government receiving a major setback last week as it received no preliminary bids for the strategic sale of its stake in Air India.

It had received 160 queries as well from interested bidders for Air India after issue of the Preliminary Information Memorandum (PIM).

The government came out with a fresh information memorandum for strategic sale of Pawan Hans on April 13 wherein bidders need to have a minimum net worth of Rs 500 crore. The memorandum was issued days after the government withdrew the previous note apparently due to a tepid response from investors.

ONGC is proposed to hold 49 per cent of the share post the transaction. Asked if the minimum three-year lock-in clauses, that apply to the interested bidders, also apply to ONGC, the reply from the government was that there are no such stipulations presently. But it said that further updates, if any, may be provided at RFP stage.

Pawan Hans is a joint venture between the government and state-owned ONGC. Under the disinvestment proposal, the government plans to offload its entire 51 per cent stake in the company.

According to the 113-page PIM, which includes 14 annexures, the bidder should have a minimum net worth of Rs 500 crore. In the case of the consortium also, the net worth criteria would remain the same. They should set up a special purpose vehicle and each member should have at least 20 per cent equity share capital.

Factbox: Not so Merry Christmas looms for coronavirus-hit Europe