Patanjali group's turnover touched Rs 30,000 crore last fiscal on the back of the acquisition of Ruchi Soya. 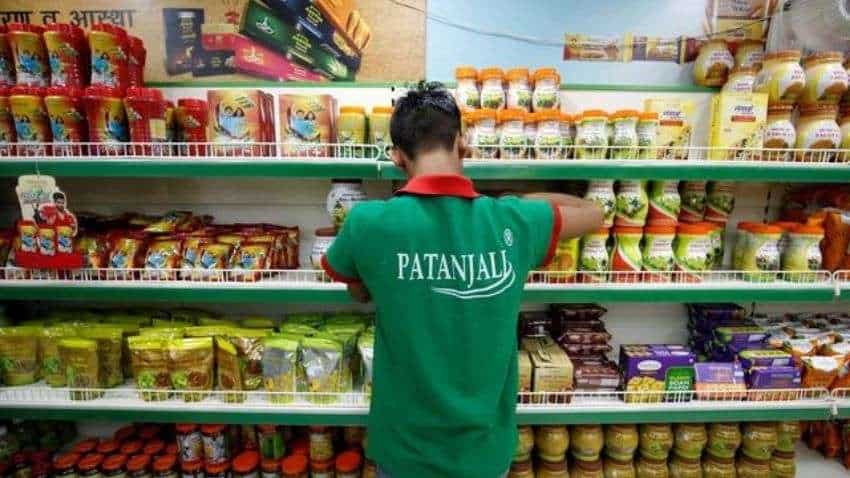 Baba Ramdev announced that Patanjali group's turnover touched Rs 30,000 crore last fiscal on the back of the acquisition of Ruchi Soya, and said it is being evaluated when to list his flagship firm Patanjali Ayurved.

Ruchi Soya, which the Patanjali group acquired through the insolvency process, contributed more than half to the overall turnover of the group.

"Last year Patanjali group had a turnover of over Rs 30,000 crore and Rs 16,318 crore was from Ruchi Soya," said Ramdev while addressing a virtual press conference.

The group is aiming to make its companies debt-free in the coming 3-4 years, and a substantial portion of the follow-on public offer (FPO) of Ruchi Soya, which has a debt of around Rs 3,330 crore, will be diverted to pare its debt, said Ramdev.

For FY'21, Patanjali Ayurved posted a turnover of Rs 9,783.81 crore, according to a statement issued by the Haridwar-based group.

When asked about the impact on the business on account of disruptions to supply chains last fiscal, Ramdev said: "We have lesser impact as we have our transportation wing Patanjali Parivahan."

The group is soon going to bring FPO of Ruchi Soya and expecting to raise around Rs 4,300 crore.

However, when asked about the dilution of Patanjali's stake in Ruchi Soya, Ramdev declined to comment on this.

"We have filed DRHP (with SEBI) and expect to get nod soon," he added.

He also hinted towards listing of Patanjali Ayurved very soon.

"We would soon share some news about Patanjali. How much we have to demerge and when to list Patanjali Ayurved," he said.

On the group''s invest plans, Baba Ramdev said: "In coming five years, our investment would be between Rs 5,000 crore to Rs 10,000 crore, ranging from our operations to agriculture and research."

According to Ramdev, Ruchi Soya has a debt of around Rs 3,300 crore.

"The money which we are going to raise (from FPO), 40 per cent of that would go for debt clearance and we aim to make this company (Ruchi Soya) debt free," he said adding "our target is to make a debt free company... And provide 20 to 25 per cent return to our shareholders."

However, he did not share the debt figures of Patanjali Ayurved and other group companies.

Patanjali Ayurved Managing Director Acharya Balkrishna, who was also addressing the virtual press meet, said, "We are paring the debt of Patanjali through the income generated by it. We are firm that in the next coming 3-4 years, we would make our companies debt free."

In 2019, Patanjali acquired Ruchi Soya, which is listed on stock exchanges, through an insolvency process for Rs 4,350 crore.

Ruchi Soya primarily operates in the business of processing of oilseeds, refining of crude edible oil for use as cooking oil, manufacturing of soya products and value-added products.

Earlier on May 11, Ruchi Soya had announced the acquisition of biscuits business from Patanjali Natural Biscuits Pvt Ltd (PNBPL) in a slump sale at Rs 60.02 crore.