Balakrishna, who owns 94% of the Patanjali company, has been named under the India's richest list 2016. 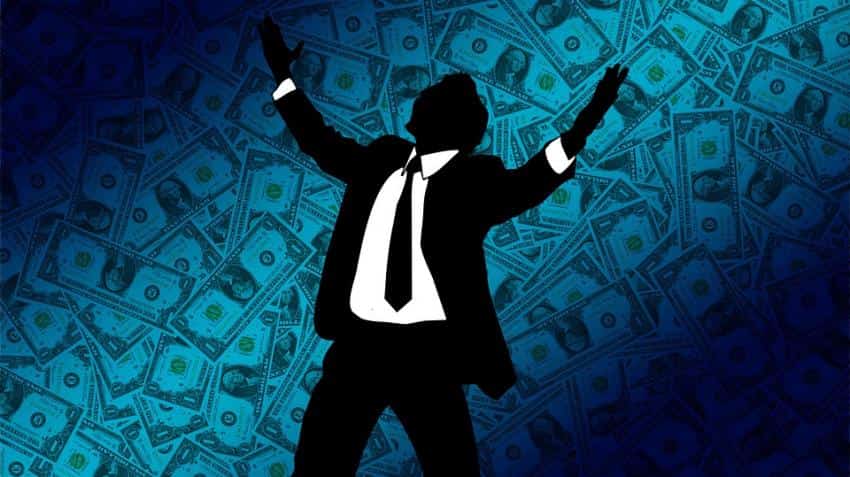 According to the Hurun's report, Mukesh Ambani has topped the list for the fifth straight year by becoming richest man in India. Photo: Pixabay

The 'swadeshi' company Patanjali has already given jolt to FMCG firms Hindustan Unilever and ITC after it has eaten their market share in less than five years of its introduction in the sector.

Under the impression that yoga-guru, Baba Ramdev is the one who is now sitting on the pile of money the company is making, it is Acharya Balakrishna, CEO, Patanjali, who is taking all the money home.

Balakrishna, who owns 94% of the Patanjali company, has been named under the India's richest list 2016.

According to Hurun India Rich List 2016, Balakrishna has joined the rich people list under the FMCG sector, with his wealth of around Rs 25,600 crore. Under the sector, the list has been topped by Dabur's Anand Burban with a net worth of Rs 41,800 crore followed by Balakrishna.

Third under the sector, Nusli Wadia of Britannia with a wealth worth Rs 20,400 crore and Harsh Mariwala of Marico with net worth Rs 19,600 crore.

According to the Hurun's report, Mukesh Ambani has topped the list for the fifth straight year by becoming richest man in India with a net worth of Rs 1.63 lakh crore. Following Ambani, was Dilip Shanghvi of Sun Pharmaceuticals with a wealth worth Rs 1.21 lakh crore.

Entering the top-three race for the first time, Pallonji Mistry of Shapoorji Pallonji has a net worth of Rs 1.01 lakh crore. SP Hinduja & Company owner of Hinduja, stood fourth with net profit worth Rs 1 lakh crore and Cyrus Poonawalla of Serum was fifth in the list with a net worth Rs 83,000 crore. 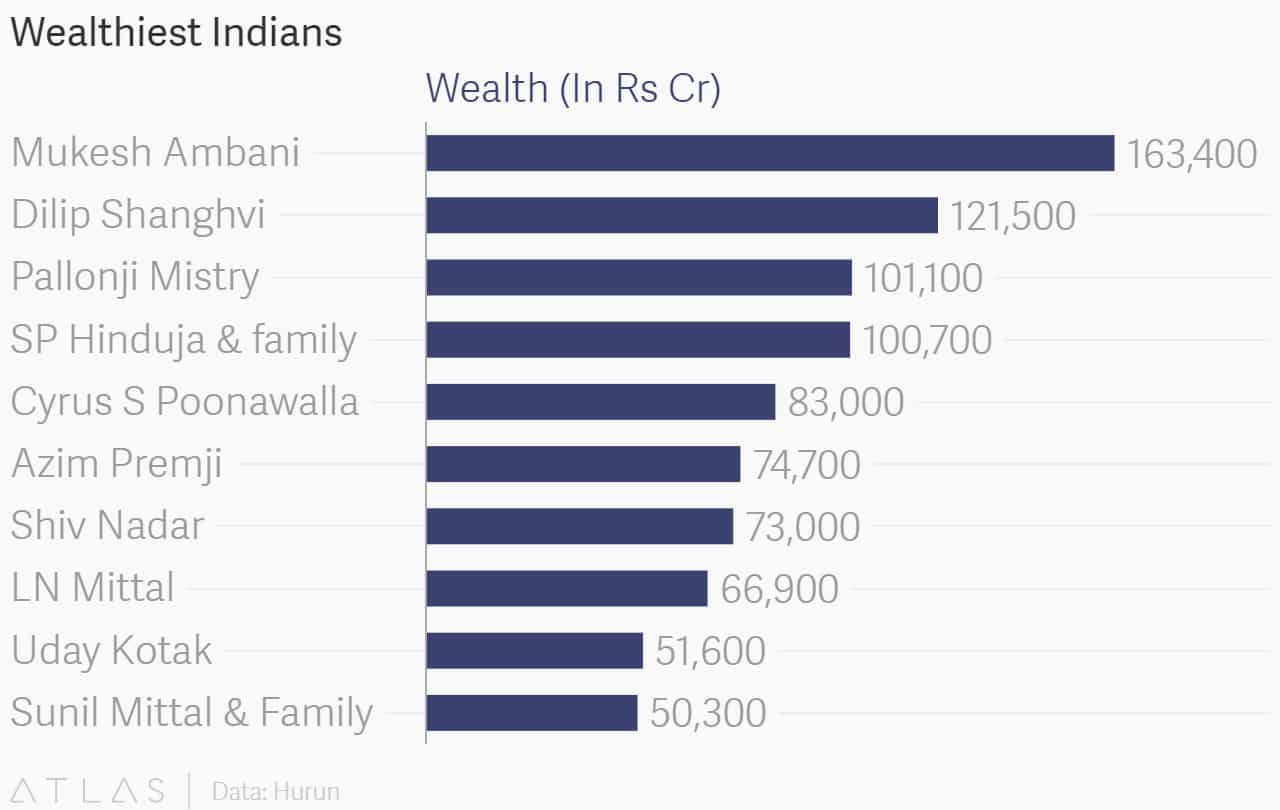 As per the report, Mumbai is the 'capital' of India's super-rich with 104 individuals followed by New Delhi with 65 individuals and Bengaluru with 28 rich people. 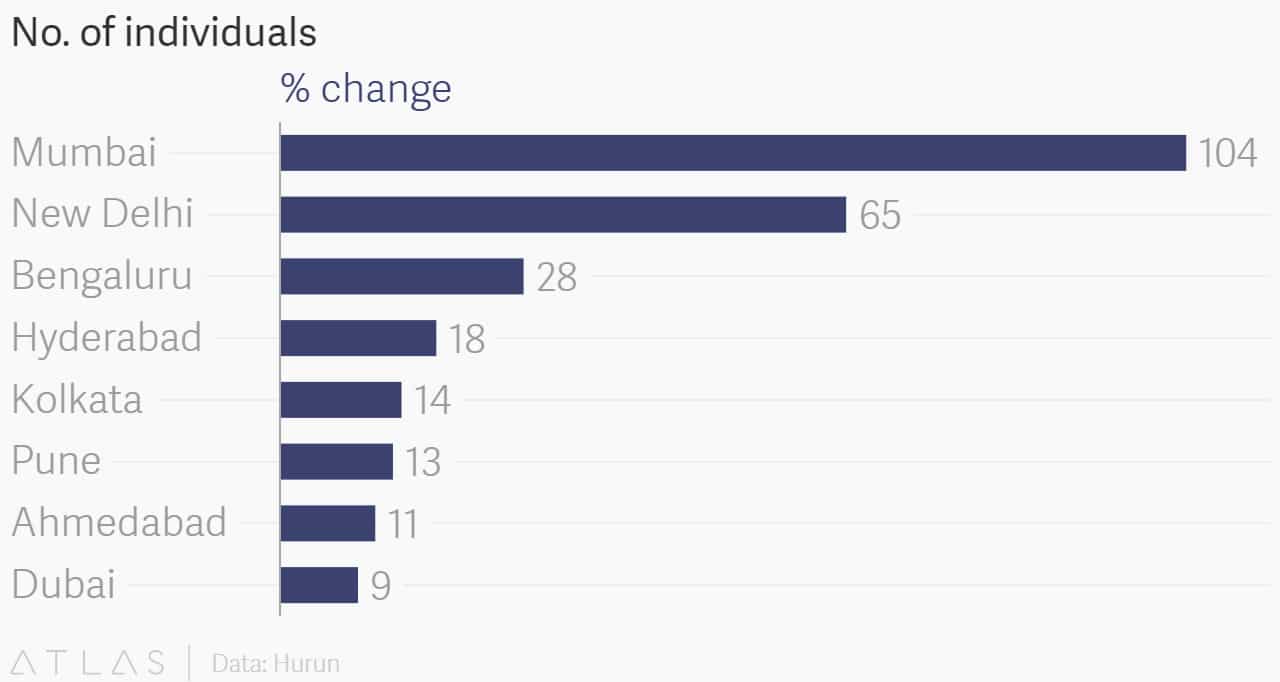 The biggest gain registered was a 162% increase by Vijay Shekhar Sharma, the founder of Paytm. Rakesh Gangwal, “the king of blue skies”, boosted his net worth to Rs 15,900 crore, supported by the post IPO performance of Indigo Airlines.