The parliamentary panel said, "At a time when underprivileged students of universities such as Tata Institute of Social Sciences are protesting lack of basic funds and scholarships, it is difficult to comprehend the justification of spending million dollars of public charity money on foreign universities." 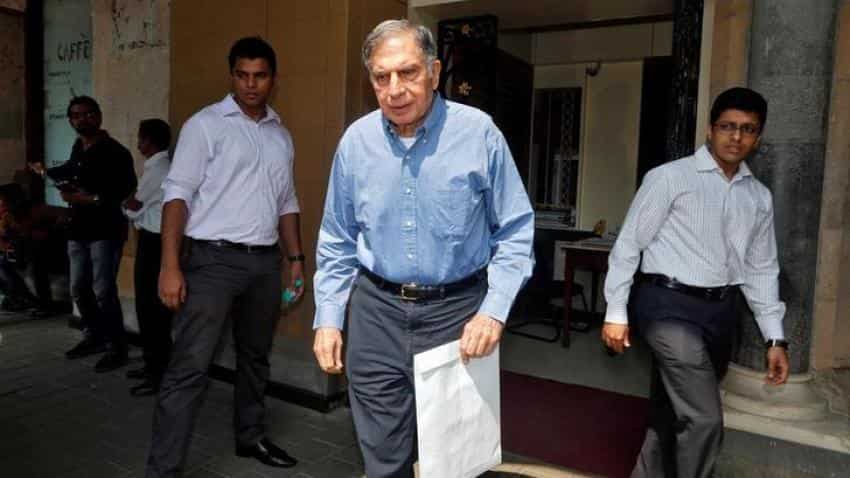 The panel noted that Tata Trusts had been claiming dividend income, which formed a majority of its income. Image source: Reuters
Written By: Reuters
RELATED NEWS

A parliamentary panel has recommended a probe into alleged tax violations by Tata Trusts and has accused them of favouring foreign institutions like Harvard Business School (HBS) over the Indian universities. In the report, the sub-panel of the Public Accounts Committee on Direct and Indirect Taxes headed by BJP MP Nishikant Dubey, flagged several alleged violations by Tata Trusts. Asked for their comments, Tata Trusts, which are among the main promoters of over USD 100-billion Tata Group, countered all the charges and said they did not violate any Income Tax act compliance.

The parliamentary panel said, "At a time when underprivileged students of universities such as Tata Institute of Social Sciences are protesting lack of basic funds and scholarships, it is difficult to comprehend the justification of spending million dollars of public charity money on foreign universities."

It also accused the Tata Educational and Development Trust of "funnelling" tax-exempt public charity money outside the country to fund rich foreign universities as opposed to being used for the benefit of the people of India. The contribution to HBS "was for the personal interest of one/some of the trustees of various Tata trusts", the panel said while specifically flagging a "gift agreement" of USD 50 million executed between the HBS dean and industrialist Ratan Tata.

As per the agreement, in recognition of the generous support, a new building to be constructed on the HBS campus would be named in the donor's name, the Tata Hall, it said.

"Thus, the funding to the Harvard Business School (HBS) is neither charity nor in international welfare in which India was interested," it said.

It also claimed that the trusts were investing money in prohibited modes of investment despite a law strictly prohibiting public charitable trusts from holding such assets post 1973.

The value of such investments ran into thousands of crores of rupees, it said.

"The committee is appalled to note that no action has been taken by the trustee or the Income Tax Department to remedy the situation," the panel said.

In the report, the panel also noted that Tata Trusts had been claiming dividend income, which formed a majority of its income.

"This accumulation of funds as corpus, without applying towards charitable purposes is seemingly against the very spirit and objects of the trust itself," the panel said while adding that it is of the view that the trusts do not meet the criteria for holding exemption under the income tax act.

The committee has also demanded a probe into the "blatant tax violations" by the Tata Trusts.

"The committee, therefore, desires that an expert group under the Income Tax Department may be constituted to look into the violations committed by Tata Trusts afresh with a view to devising a procedure for proper and systematic evaluation of such trusts..," it said in the report.

The Tata Trusts said, "There are no violations by Tata Trusts, either in supporting educational and research activities in overseas institutions, in IT compliances or in the trusts' investments."

They said they were proud that internationally renowned knowledge centres had agreed to partner with an Indian organisation to address causes that impact the society at large.

"The contributions to overseas educational institutions by the Trusts are completely aligned with the charitable mandate of the Trusts and have qualified for tax exemption by the Income tax authorities, under the prevailing laws," the statement said.

"There is no misuse of any tax exemptions by the Tata Trusts," it further said.