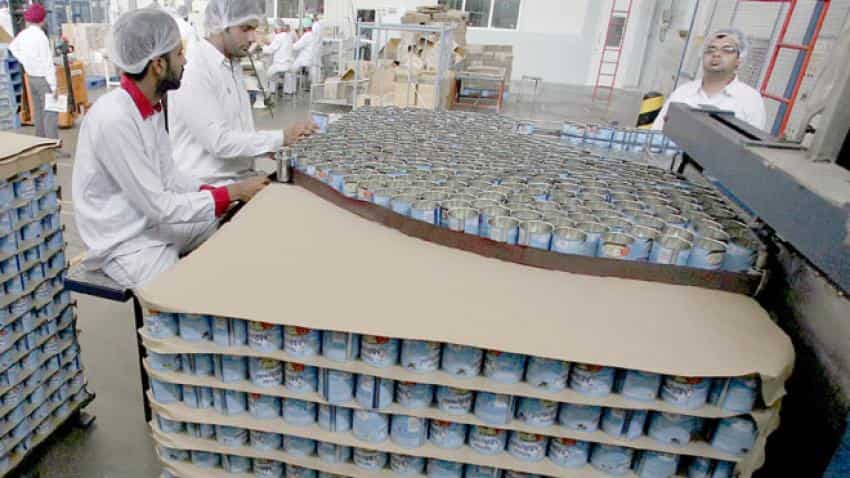 Investor to mint money through this milk stock? Find out

Parag Milk Foods is expecting a dip in revenue growth to up to 15 per cent per annum over the next three years, and will focus on dairy FMCG products in this period.

The company's revenue grew by 17 per cent in the last three years to reach Rs 1,730.7 crore in FY17 and is looking at a CAGR (compounded annual growth rate) of 13-15 per cent in the next three years, the dairy product firm said in an investor presentation here.

The company is India's largest private dairy with a milk processing capacity of 2 million litres per day.

The future growth will come mainly from traditional products like liquid milk, ghee, paneer and curd, which are expected to grow by 15 per cent, while modern products like UHT milk, flavoured milk, cheese and whey powder may grow by 26 per cent by 2020, the company said.

India is expected to emerge as the largest dairy producer by 2020, Edelweiss Securities said in a report.

Going ahead, India's milk production is expected to outperform global production and grow at similar 4.2 per cent CAGR going ahead to 185 million MT per annum/507mn litres per day and surpass EU to emerge the largest dairy producer by 2020. It is expected to improve in value terms at 15 per cent CAGR to Rs 9.4 trillion over FY16-20, the report said.

Commenting on capex plans, the company said, it has raised Rs 150 crore last year and have already spent around Rs 90 crore for capex as laid out in its IPO objectives.

It has left with Rs 60 crore, of which it will incur a capex of Rs 17.74 crore for expansion of the processing facility in Manchar plant in Maharashtra.

The company is betting big on its 100 per cent vegetarian protein product as the country's sports nutrition segment is estimated at Rs 1,500 crore and given the increase in number of health clubs and fitness centres.

Investor to mint money through this milk stock? Find out