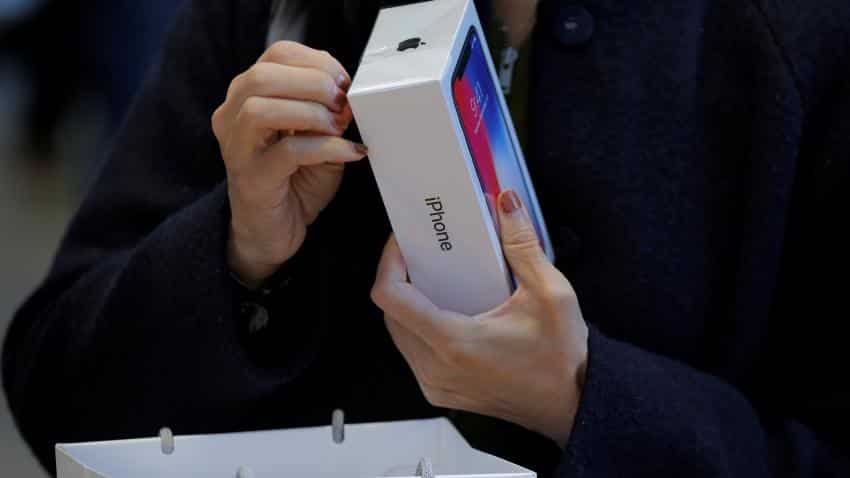 A customer looks at her Apple iPhone X at an Apple store in New York. Image Source: Reuters

The statement on Monday from Apple comes following criticism of its tax affairs after reports based on the "Paradise Papers" showed that the iPhone maker shifted key parts of its business to Jersey as an offshore tax haven in a move to maintain a low tax rate.

The "Paradise Papers" are a trove of financial documents leaked mostly from Appleby, a prominent offshore law firm.

The documents were obtained by Germany`s Sueddeutsche Zeitung newspaper and shared with the International Consortium of Investigative Journalists (ICIJ) and some media outlets. Reuters has not independently verified them. Appleby was not immediately available for comment.

Apple said it pays billions of dollars in taxes to the United States at the statutory 35 percent rate on investment income from its overseas cash. (http://apple.co/2AohvBE)

Last month, Apple responded to questions from the ICIJ and others revealing that when Ireland changed its tax laws in 2015, the company complied by changing the residency of its Irish subsidiaries and informed Ireland, the European Commission and the United States.

The changes made did not reduce its tax payments in any country, according to the company. Apple is the largest taxpayer in the world, paying over $35 billion in corporate income taxes in the last three years, according to the statement.