Online retail firms may have to store user data in India, says draft on e-commerce

Data that would be required to be stored exclusively in India includes "community data collected by IoT (Internet of Things) devices in public space; and data generated by users in India from various sources, including e-commerce platforms, social media, search engines etc", according to the initial draft. 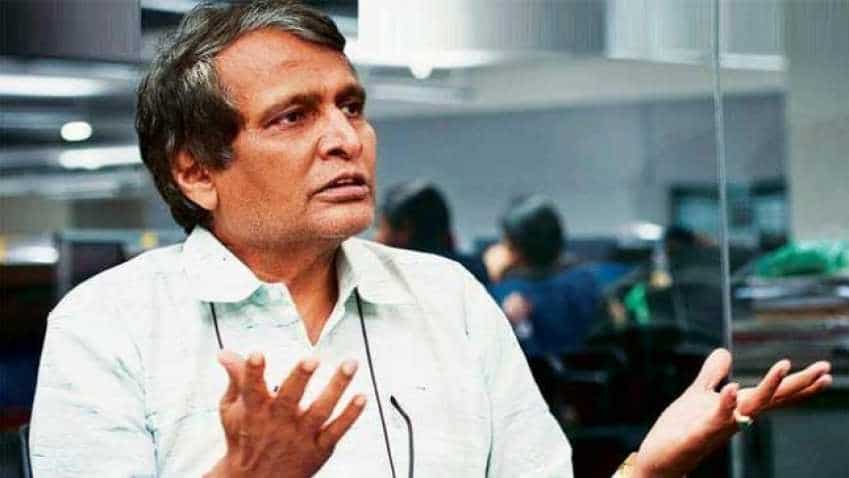 All e-commerce companies like Flipkart and Amazon may have to store user data exclusively in India in view of security and privacy concerns, according to an initial draft policy discussed at the meeting of a high-level think tank today.

The draft recommendations were prepared by several stakeholders, including private sector and government officials from different departments such as commerce, industry, IT and electronics.

These suggestions were discussed by the think tank headed by Commerce Minister Suresh Prabhu at the meeting held in the national capital.

The think tank would now work out the final draft national policy framework for e-commerce sector based on these recommendations, which would be placed in public domain for further comments.

Data that would be required to be stored exclusively in India includes "community data collected by IoT (Internet of Things) devices in public space; and data generated by users in India from various sources, including e-commerce platforms, social media, search engines etc", according to the initial draft.

The draft also talks about government having access to data stored in India for national security and public policy objectives.

A level-playing field was suggested for domestic players by ensuring that foreign websites, involved in e-commerce transactions from India also follow domestic rules.

It was suggested that the government should set up a separate wing in the Directorate of Enforcement to handle complaints related to implementation of guidelines related to foreign direct investment in the e-commerce sector.

Bulk purchase of branded goods, especially mobile phones, which lead to price distortions in market place may be banned, the initial draft stated.

On competition issues, it suggested that the Competition Commission should consider amending the threshold limit to examine potentially competition distorting mergers and acquisitions.

Briefing reporters about the meeting, OSD Anup Wadhawan, the new commerce secretary, said that the recommendations which were discussed today are very comprehensive in nature and covers each aspect of e-commerce such as data flows, consumer protection, grievance redressal, logistics and server localisation.

"From today's meeting, a set of recommendations has emerged for further necessary action by the government for formulating e-commerce policy for the country," he said.

When asked about the suggestions which came up in the meeting, he said issues such as regulator for the sector, consumer data protection, data localisation and competition were discussed.

"Competition laws in terms of fairness in the market place, in terms of avoiding predatory pricing...Policy will uphold some underlying competition principles," he said adding several recommendations were discussed on consumer data protection.

The report of Justice B N Srikrishna committee on data protection has also come out, Wadhawan said adding data localisation issues were deliberated upon as "data provisions has to balance the interest of promoting business with security and privacy concerns".

There are some recommendations related to FDI in the sector and "one is that implementation and enforcement of the current policy," he said.

Now the government would take a view on these recommendations as in how to make them in operation efficiently.

He said that there is no timeline for release of the final policy, but "we cannot afford to have vacuum in the e-commerce space," he added.

Commenting on the initiative, the Confederation of All India Traders (CAIT) said they are demanding a policy and a regulator for the sector.

CAIT said that the draft speaks about adoption of RuPay cards as payment technology.

A Snapdeal spokesperson said that the framework for a national policy on electronic commerce represents the collective output of a well-structured discussion on key issues pertaining to the future of the sector.

India made an offer to US to resolve trade issues: Suresh Prabhu

Resolve taxation issues being faced by startups getting angel funds: Prabhu to Jaitley

IRCTC gets charge of 23 more trains for managing catering services

IRCTC to revamp retiring rooms in 600 stations across India