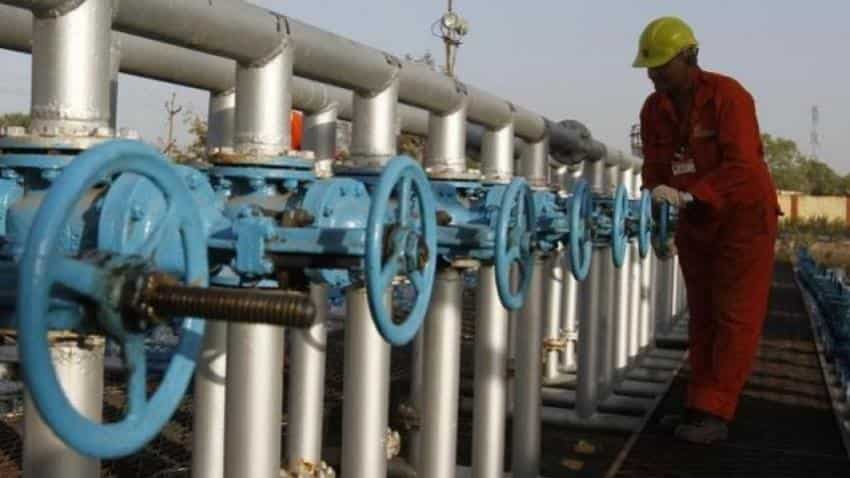 "We had set the target on higher side compared to last year and it was 16,200 tonnes per day. We have already achieved it. The last six month's average is 16,290 tonnes a day," ONGC Director Ved Prakash Mahawar said. Image Source: Reuters

State-run oil behemoth ONGC has crossed its daily production target of 16,200 tonnes per day and has accordingly revised its annual goal upward to 5.9 million tonnes for this fiscal.

"Production trend has reversed in recent months. We will produce more in this year compared to last year. All over India, production of onshore has increased," ONGC Director (Onshore) Ved Prakash Mahawar told PTI.

"We had set the target on higher side compared to last year and it was 16,200 tonnes per day. We have already achieved it. The last six month's average is 16,290 tonnes a day," Mahawar said.

He said the company gave a mission target for production to all its assets across the country for the current financial year and all will achieve it by the end of the fiscal.

"Our whole year's target is 5.87 million tonnes. We will do more than our target. We are trying to reach 5.9 million tonnes in this fiscal and we are hopeful about it," Mahawar said.

When asked about Assam, the Director said the production this year will increase compared to last year in the state too.

"In last fiscal, our production in Assam was 0.9 million tonnes. This year, we will reach the figure of one million tonnes," he added.

The average production of Assam asset was 2,250 tonnes a day a year earlier.

"It has already crossed 2,350 tonnes per day. We gave the target of 2,400 tonnes a day to Assam asset. By January, this figure will also be achieved," Mahawar said. Talking about the Jorhat basin, he said the production was 350 tonnes a day.

"We have made it an asset to bring in more focus on production. As soon as it was made an asset, production has gone up to 400 tones every day. This will increase to 500 tonnes next year," Mahawar said.