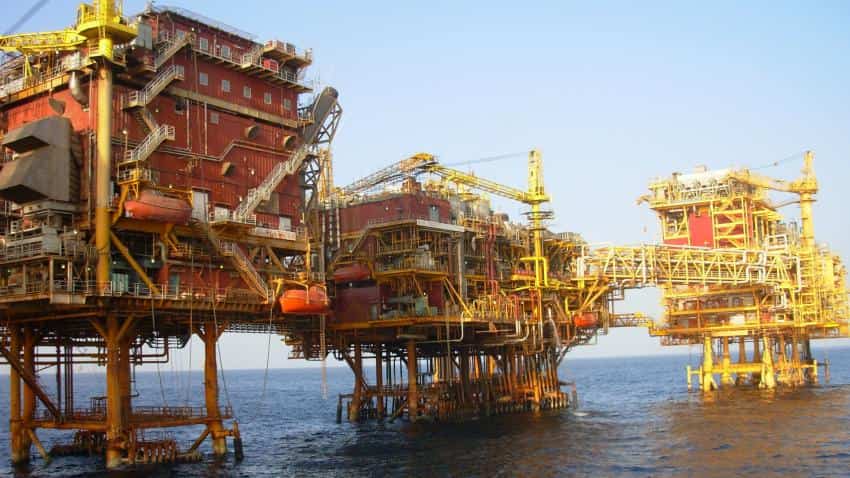 Justice A P Shah Committee was of the opinion that the gas belongs to the government and so it alone deserves to be compensated. Representational image of ONGC oil platform. Image Source: Wikipedia
Written By: PTI
RELATED NEWS

The Board of ONGC is split on the issue of claiming compensation for Rs 11,000 crore worth of natural gas spewing from its KG basin block into adjoining fields of Reliance Industries.

Justice A P Shah Committee on the issue of gas migrating from idling ONGC blocks to RIL's producing gas fields, last month opined that the compensation for "unjust enrichment" by the Mukesh Ambani-run firm should go to the government and not the state-owned firm.

It was of the opinion that the gas belongs to the government and so it alone deserves to be compensated.

While ONGC had in May 2014 not hesitated from filing a case against RIL in the Delhi High Court and making the government a party to it, it is now vertically split on the issue.

Sources said the section of the board which was responsible for the company in the first place taking up the issue of RIL producing ONGC's gas wants the company to strongly contest the Shah committee recommendation.

It feels that the Delhi High Court had given the company an option of approaching the court again if it is unsatisfied with any part of the dispute resolution. And so the company should approach the High Court again, they feel.

The other section however feels it is not wise to fight with the government and the company having proved its point that gas did indeed migrate to RIL fields, should accept the recommendations, they said.

But the former group however feels the premise on which Shah committee has based its recommendation was flawed as by the logic even RIL is not an owner of the gas in its KG-D6 block and it should just be paid a fixed rate of return on investment and not be given pricing and marketing freedom.

The Oil Ministry has asked its technical arm DGH to quantify the amount of compensation that RIL has to pay.

The Shah Committee stated, "The Government of India, and not ONGC, is entitled to claim restitution from RIL for the unjust benefit it received and unfairly retained. ONGC has no locus standi to bring a tortuous claim against RIL for trespass/conversion since it does not have any ownership rights or possessory interest in the natural gas."

The Shah Committee in its report noted and accepted the independent consultant D&M Report findings that connectivity between the reservoirs in KG-DWN-98/3 (or KG-D6) block of RIL and ONGC's KG-DWN-98/2 and Godavari PML blocks is established.