Air India will be deploying its B787 Dreamliners and B777s to operate 12 international medium and long-haul flights operated by women pilots and attended by women cabin crew on the day. 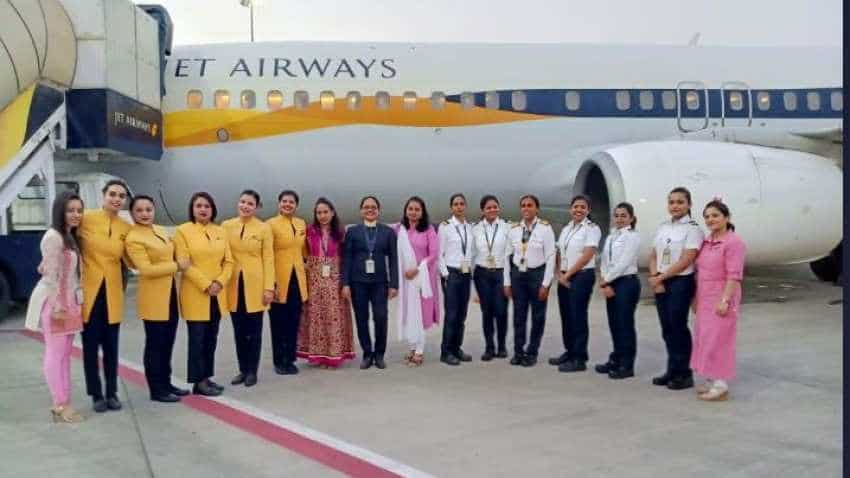 According to the airline, the women cockpit and cabin crew of Air India will be operating both wide and narrow body aircraft. "Seldom has a single airline scheduled so many flights operated by its women employees, setting a benchmark to reiterate the equal role and opportunity women rightly deserve in any organisation," the airline said in a statement.

Air India will be deploying its B787 Dreamliners and B777s to operate 12 international medium and long-haul flights operated by women pilots and attended by women cabin crew on the day.

"Women pilots and cabin crew will be operating Airbus family aircraft as well as Dreamliners to over 40 domestic destinations and back to commemorate the occasion," the statement said.

Air India`s foray into all-women crew flights dates back to November 1985 when an all-women cockpit crew operated a Fokker Friendship flight from Kolkata to Silchar.

"These planned domestic flights 9W 346, 9W 355 (Mumbai-Delhi); 9W 358 (Delhi-Mumbai) and 9W 481 (Mumbai-Bengaluru) will be further managed exclusively by all-women teams from a cross-section of the business, including engineering, ground handling, ground services, security and cabin appearance supervisors," Jet Airways said in a statement.

"Women travellers flying alone will be offered `priority check in` and `priority boarding` besides a welcome rose on boarding," SpiceJet said.

In addition, GoAir under the "#SmartWoman" campaign will give complimentary upgrade to all women travellers who fly on March 8 to GoBusiness across its network on "availability as well as first-come-first serve basis".

On Wednesday, full-service carrier Vistara announced the "#PadsOnBoard" initiative, under which it will provide sanitary pads onboard to women travellers on request, starting from this International Women`s Day.

"This initiative makes Vistara the first Indian airline to offer sanitary pads on flights within India," the airline said in a statement.

"Vistara`s cabin crew will make in-flight announcements on all flights to create awareness among travellers that sanitary pads are now available onboard for customers to freely ask for it if they need it."