The OMCs aim is to improve refining complexity and meet new fuel standards. 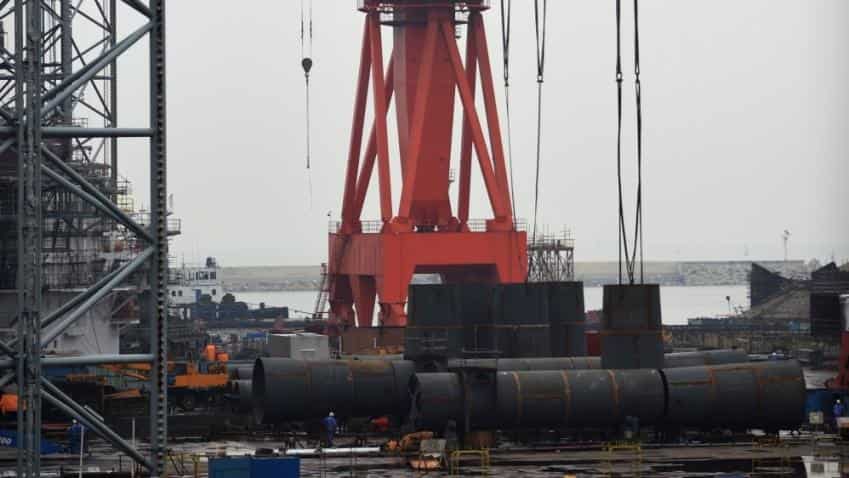 The consumption of the petroleum products increased by 7-8% in the first quarter of the current fiscal. Photo: IANS
Written By: Hitisha Jain
RELATED NEWS

The free-cash flow of the state-owned oil companies likely to remain negative due to high capex plans, said a Fitch Ratings report.

According to the report, the rating agency expects high capex for all state-owned oil marketing companies (OMCs) over the medium term as the companies are planning to upgrade and expand refining capacity.

This year in March, amid the low crude prices, Dinesh K Sarraf, Chairman and MD of Oil & natural gas (ONGC) had said that the company will be incurring a "multi-billion dollar" capital expenditure programme to bolster exploration, development and production of crude oil and gas, a Forbes report had said.

However, Muralidharan R, Analyst, APAC Energy and Utilities, Fitch Ratings, in a note titled 'India Oil & Gas Downstream Dashboard' said, "However, We expect  the  FCF  of  Reliance Industries  Ltd to turn positive after FY17, when it will complete its capex in petrochemicals and telecom investments."

Will rising capacity lead to fall in exports?

According to the Fitch report, the higher refining capacity will boost the volume which will meet the rising demand for products in the next 12-18 months. This will again be driven by expansion plans of three OMcs, namely, IOC, BPCL and Hindustan Petroleum Corporation (HPCL).

The rating agency expect that these companies' expansion plans will lead to fall in further exports by FY17. In FY16 the exports fell by 5.3% as compared to 5.9% in FY15.

Following the increase in refining capacity, Fitch expects gross refining margins (GRM) of all Indian oil refining companies will moderate in FY17 from the strong levels achieved in FY16.

"However, Fitch expects GRMs to  remain  stronger  than  the  historical  average, which together with  higher volumes, is likely  to support strong operating cash flow in FY17," Muralidharan said.

Further, as per the report, the agency does not expect any under-recoveries, which is the difference between market prices and state-controlled selling prices, as long as current crude prices surge from the current levels.

"The net share of under-recoveries  for the OMCs was nil in  FY16, reflecting low  oil prices  and  price deregulation of diesel", Muralidharan said.

The consumption growth for petroleum products to remain strong over the medium term in the current financial year as compared to previous fiscal year, the report said.

The consumption of the petroleum products increased by 7-8% in the first quarter of the current fiscal ended on June 30, compared to 10.9% in FY16.

However, the rating agency expect the growth to moderate to around 5-6% in FY17 and thereafter.

"We expect continued strong gasoline consumption growth of around 9%-10% over the medium term, supported  by robust passenger-vehicle  sales amid low  crude-oil  prices. Furthermore, Fitch expects  an improvement in India’s GDP growth, which is likely to boost demand for diesel", Muralidharan added.