Ola Cabs may receive $2 billion in fresh round of funding from SoftBank, Tencent

Once this round of funding goes through it is expected to help Ola go up against global giant Uber. 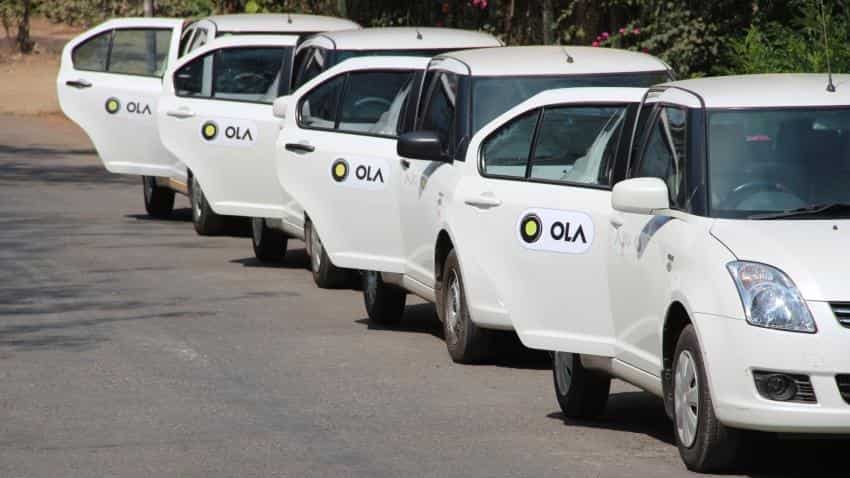 Ola plans to add over 1,000 cabs in Delhi in support for 'Odd-Even' initiative

Taxi-hailing apps Ola Cabs is reported to be in final stages of securing $2 billion in new funding from a group of investors, including SoftBank Group and Tencent Holdings, according to a Bloomberg report quoting a person familiar with the matter.

Once this round of funding goes through it is expected to help Ola go up against global giant Uber, which has been aggressively trying to capture more market share in India.

The new funding to Ola is run by venture capitalist fund jointly run by industrialist Ratan Tata, the University of California's investment arm and US institutional investors, the report said.

The latest round of funding is however believed to have come at a lower valuation.

This latest round of funding to Ola comes as Uber has set its eyes on winning the Indian market after it sold its Chinese business to competitor Didi last year.

Both Ola and Uber have been looking for the path of profitability and building a sustainable business model. A reason why they have reduced the incentives of drivers, which has caused a huge stir among the drivers and has in a shortage in cab supply.

Taxi-hailing app cabs in India such as Uber and Ola seem to be for a rough time in the country as driver cab supply continues to be a worry. While the industry witnessed an improvement in monthly engagement of partner drivers, continuous drop in cab network remains a worry, said a recent RedSeer Consulting report.

While driver strikes have crippled online cab aggregators such as Uber and Ola, the players are however seeing a greater demand for auto-rickshaws. The auto-rickshaw category has grown to become now a crucial part of the online commute booking market.

The auto-rickshaw segment was a mere 3% of the online commute booking market in Q3 2016, it now makes up 10% and the rest 90% is the booking of cabs, car-pooling and others.

SoftBank is one of the largest investors in the start-up ecosystem in India. It has been also looking to consolidate the market in the e-commerce space, which was seen with the tried and failed Snapdeal sale to Flipkart.

Ola plans to add over 1,000 cabs in Delhi in support for 'Odd-Even' initiative