The historic rout in oil markets that sent US crude prices plummeting to as much as minus USD 40 a barrel is unlikely to translate into any big reduction in petrol and diesel prices in India as domestic pricing is based on different benchmark, and refineries are already filled up to brim and cannot buy US crude just yet 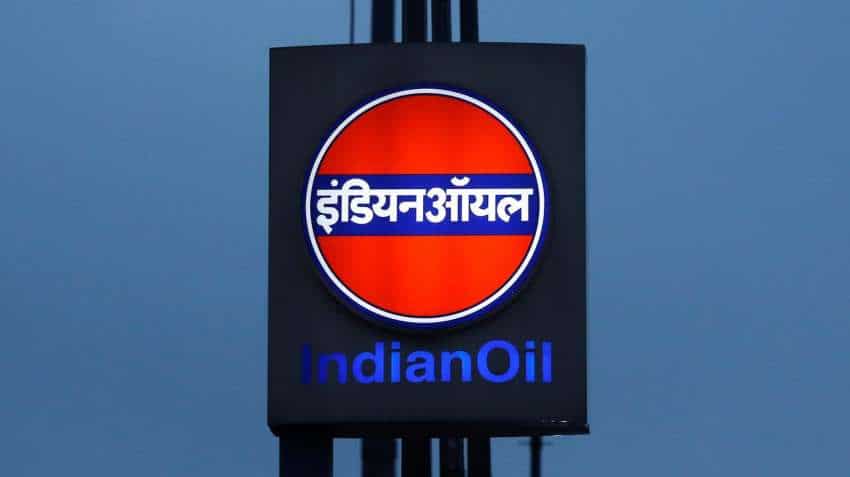 The historic rout in oil markets that sent US crude prices plummeting to as much as minus USD 40 a barrel is unlikely to translate into any big reduction in petrol and diesel prices in India as domestic pricing is based on different benchmark, and refineries are already filled up to brim and cannot buy US crude just yet.

With storage capacity already overflowing amid coronavirus-induced demand collapse, traders rushed to to get rid of unwanted stocks triggering the collapse of US West Texas Intermediate (WTI) crude for May delivery.

Indian Oil Corp (IOC) Chairman Sanjiv Singh said the collapse was triggered by traders unable to take deliveries of crude they had previously booked because of a demand collapse. And so they paid the seller to keep oil in their storage.

"If you look at June futures, it is trading in positive territory... Around USD 20 per barrel," he said.

Low oil prices may seem good in short-term but in the long run it will hurt the oil economy as producers will have no surplus to invest in exploration and production which will lead to a drop in production, he said.

He did not comment on retail fuel prices that have been static since March 16.

"The gigantic inventory build-ups and lack of storage facilities would also put pressure on prices," he said, adding overall Brent could average USD 30-35 in 2020, with a strong downward bias.

Oil companies have not changed rates despite a fall in international prices as they first adjusted them against the increase that was warranted from a Rs 3 per litre hike in excise duty and close to Re 1 per litre additional cost of switching over to cleaner BS-VI grade fuel from April 1.

Meanwhile, in a statement Indian Oil Corp (IOC) said the sharp decline in crude oil prices, ultimately plunging WTI into a historic minus USD 37.63 a barrel level on Monday "was a result of panic selling of May-20 delivery contracts a day before its expiry date, failing which the delivery would have been necessary amidst COVID-19 related demand destruction and the storage constraints at Cushing, Oklahoma".

However, WTI futures for June-20 as well as ICE Brent for May-20 are still trading at around USD 16/bbl and USD 21/bbl respectively, it added.

"The negative price has no direct impact on India or Indian oil prices, as this has taken place due to crude oil produced and traded within the US. India's prices are driven partly by another benchmark, the Brent, which is still trading at USD 25/barrel. Therefore, the retail price of fuels in India are unlikely to fall," said Amit Bhandari, Fellow, Energy and Environment Studies, Gateway House.

Also, Indian refineries are already overflowing as fuel demand has evaporated due to the unprecedented nationwide lockdown imposed to curb spread of COVID-19. So, they can't rush to buy US crude.
The refineries have already cut operating rate to half because the fuel they produce has not been sold yet.

India imports 4 million barrels/day (1.4 billion barrels/year) of oil. The country has been benefitting from the falling prices of oil for the last five years, when oil dropped from a peak of USD 110/barrel to USD 50-60/barrel last year, enabling India to invest in public service programmes.

"However, the additional USD 30 fall of this week is good for India - but there is also a down side. If oil prices are too low, the economies of oil rich gulf countries will be hurt, threatening the job prospects of the 8 million Indians working in the gulf countries. India is the largest recipient of foreign remittances due to these workers ? very low oil prices will hurt this cash stream," Bhandari said.

He said the negative price of oil shows how much oil oversupply exists in international markets today.
"Global oil consumption has fallen due to the COVID-19 pandemic that traders are willing to pay customers to get rid of the barrels they can't store. The world does not have enough storage capacity, and dumping the oil is an environmental crime."

The first half of April saw Brent crude oil prices plummet 63.6 per cent to USD 26.9 per barrel. Prices of Western Texas Intermediate (WTI), the American oil, had also fallen similarly by 63.1 per cent.

But on April 20, WTI prices turned rapidly negative because traders on the Nymex exchange rushed to offload their May futures positions a day before expiry of contracts (on April 21).

Such WTI futures are traded on the Nymex exchange with contracts settled in physical crude oil. Problem is, those who had gone long are unable to find storage facilities for the oil and had to liquidate their contracts before expiry. This caused the plunge in WTI prices.
Contrast to this, June WTI Nymex futures prices is hovering around USD 21, while Brent for June delivery is at USD 25.

Miren Lodha, Director, CRISIL Research said the demand for crude oil was declining already because of economic slowdown when the COVID-19 pandemic-driven lockdowns crushed it further.

Consequently, oil demand is expected to contract by 8-10 million barrels per day (mbpd) in 2020 assuming demand recovery begins from the third quarter of the year, he said, adding if recovery doesn't happen by then, further demand destruction could occur.

On the supply side, producers reining in output following a strategic deal between OPEC members, Russia and the US.

Under this agreement, OPEC+ would reduce oil production by 9.7 mbpd for May and June, but gradually ease the curb to 7.7 mbpd between July and December 2020, and to 5.8 mbpd till April 2022 to stabilise prices.

"This is expected to reduce some surplus in the market by the end of 2020," Lodha said.

Crude oil demand is expected to decline by over 20 mbpd in April alone. Typically, monthly global demand is about 100 mbpd. Given this scenario, supply curbs would have limited influence.

Consequently, Brent oil prices is expected to be in the USD 25-30 range for the second quarter while increasing marginally in the last 2 quarters of 2020.