Oil & Gas will be an integral part of energy basket for a substantial period, says BC Tripathi, GAIL

Oil price is a complicated issue, which is not purely a demand-supply problem, but it also depends on other things including geopolitical scenario, said Tripathi. 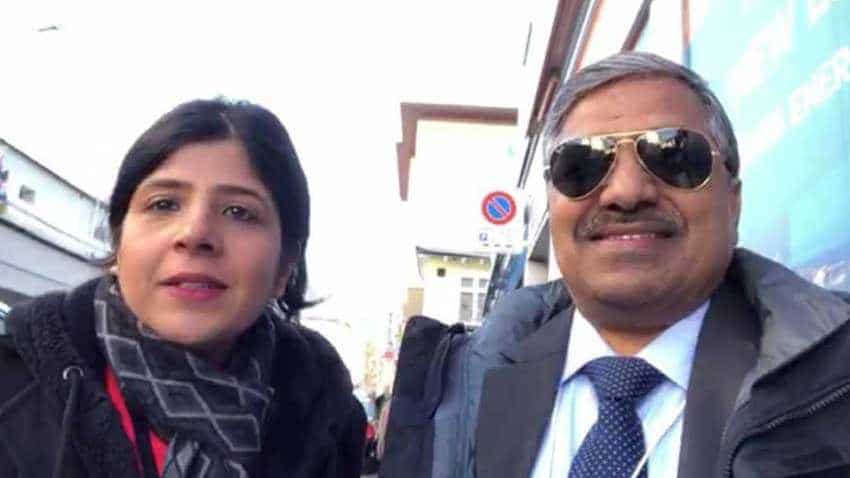 We want that gas and petroleum sector should be brought under the ambit of GST, said Tripathi.

Bhuwan Chandra Tripathi, Chairman & MD, GAIL (India) Limited, spoke about the volatility in crude prices, growth and expansion plans of GAIL and GAIL bent towards EVs during an exclusive interview with Swati Khandelwal, Zee Business. The interview was conducted on the sidelines of the World Economic Forum, Davos. Edited excerpts:

Q: Energy is a topic of discussion at the global level and people are talking about the ways to decrease energy cost and are looking towards alternative energy. What is your opinion on it? Also, provide a level where crude prices, which has been quite volatile and has been moving between $60-80 per barrel, is going to stabilize?
A: See, energy transition has been discussed and almost every forum is looking towards various options of energy, technology add-ons, how the renewable energy space is increasing and role that oil and gas will play in this transition. But one thing is very clear that in spite all these changes people are talking about renewable energy and oil and gas are going to be a part of our energy basket for a substantial period and natural gas will play a bigger role in it.

Oil price is a complicated issue, which is not purely a demand-supply problem, but it also depends on other things including geopolitical scenario.

A discussion was made on the growth of global energy and whether the existing growth will continue to grow at the same pace or not. In the case of decline, it is expected that energy demand may come down and may have pressure on oil prices. Predicting oil prices is a difficult task but it is expected that oil will balance somewhere around $60-70 per barrel.

Q: How you are going to close financial year (FY) 2018-19? Also, provide an outlook on growth and expansion in next year?
A: GAIL is in a growth path and will continue to maintain that growth in the financial year 2018-19 as well as 2019-20. Currently, we are focusing on increasing and strengthening the gas infrastructure in India. The process will involve activities like laying new gas pipelines, the creation of new terminals and go forward the last-mile city gas connectivity. Interestingly, Rs60-70 thousand crores are being invested across India in this space and GAIL is playing a leading role in it. Apart from this, the share of gas in India’s energy basket is expected to increase by about 8-9 per cent in the next 1-2 years.

Q: Provide GAIL’s CapEx for the ongoing financial year and next financial year?
A: Our CapEx for FY19 stands at around Rs7,000 crores and it will continue to be the same for the next financial year. Apart from this, we are also working on other schemes and further expansion plans will be made after having an eye on global prices of oil and gas. If that happens, then the CapEx may increase.

Q: PSUs are being merged with each other like HPCL has been merged with ONGC. Is GAIL looking towards something?
A: We don’t have any merger plan for the gas division, but we are creating our own subsidiaries in retail and transmission sector. GAIL is going to stand as an independent company in the days to come.

Q: GAIL wants to enter the electric vehicle segment and has demonstrated its interest for it. Let us know about the role that GAIL will play in the segment and its exposure?
A: See, electric vehicles are being debated but it will take some time, but we have plans to develop charging infrastructure at our gas retailing facilities. But, technology changes in the segment may provide facilities to charge the vehicles in the garage itself. So, then will have to play but we don’t have any major plan for it.

Q: Any demand or expectation from the budget?
A: We want that gas and petroleum sector should be brought under the ambit of GST. Apart from this, power sector reforms, which is the need of the hour, should be announced. Because, healthy power sector, especially the Discoms, will let them the grow and is needed to meet the government’s initiative, Power to All.