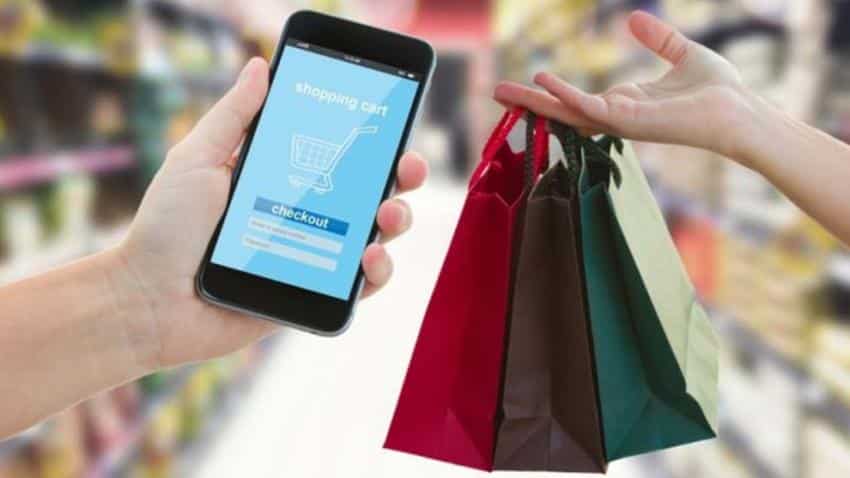 “Companies are now on the bandwagon, and we see omnichannel retailing as the way of the future. We expect the internet channel to account for ~4% of revenues for major retailers by 2020F,” Manish Jain and Natasha Prakash, analysts from Nomura research said in a report dated January 16.

Only a few years ago, offline retailers presented another alternative to Indian consumers standing in aisles at the supermarket and put their products online with the rise of the smartphone fever. 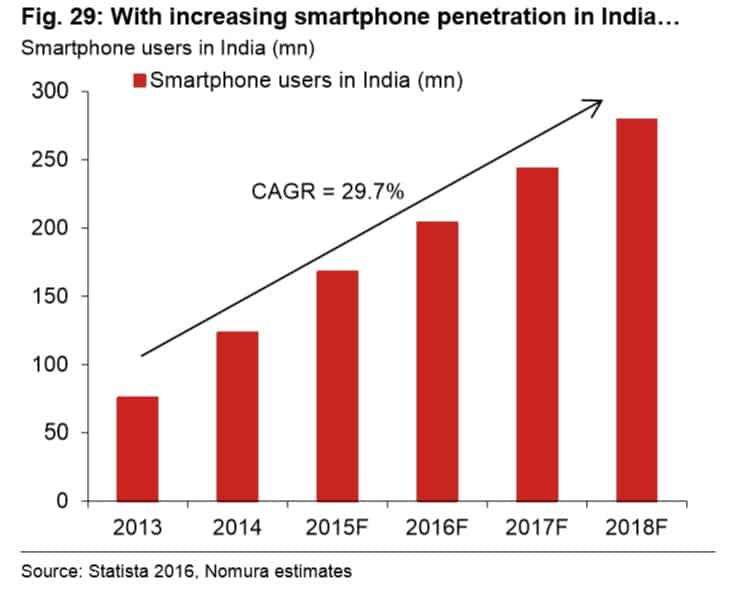 Internet retailing in India has seen a sharp growth over the past three years and is becoming extremely popular among consumers due to convenience and the low pricing strategy that is being followed by online retailers. The contribution of the internet to retailers’ revenues was 3.1%, according to industry experts and with the accessibility and affordability of the internet this percentage is expected to grow. 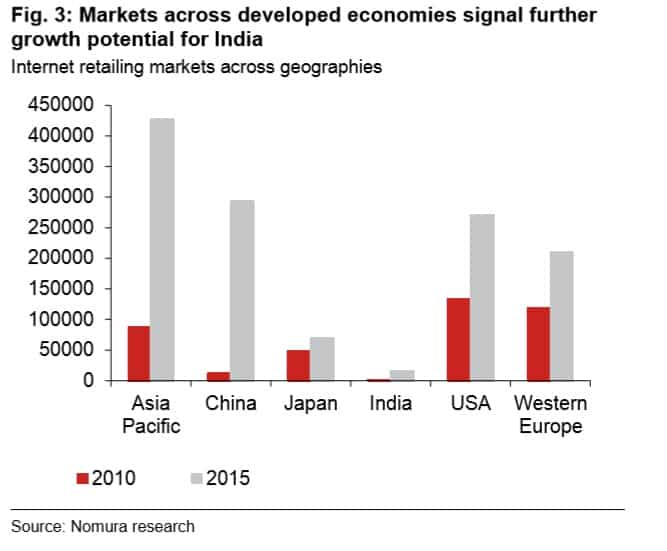 Apparel and footwear, consumer electronics and personal accessories were the top bids among sales of all companies in India, but others have been gaining momentum. 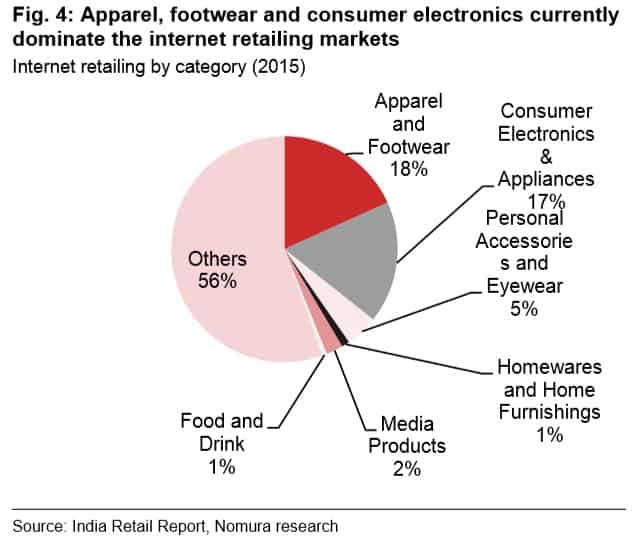 Restaurant service industry, Jubilant Foodworks, that runs Domnios and Dunkin Donuts, was among the first of the Indian food services companies to venture into the online space and experts said it was a ‘significant driver of sales and market share.’

Domino’s India’s online ordering-to-delivering sales reached 47% in the second quarter of FY17, with the app being the seventh-largest transacted online shopping platform in India, the report said.

Hindustan Unilever launched its ecommerce app ’Humara shop’ and has taken measures to improve content available online in various marketplaces such as amazon.in, Bigbasket.com and amazon.in.

“This has resulted in 1.4x jump in offtakes in its tea and coffee sales and 6x jump in laundry and dish wash detergent sales online,” the analysts said.

Godrej Consumer Pvt Ltd embraced the digital wave as it launched its Africa business, which allows consumers to try different hairstyles and also get styling tips.

GPCL also launched a social media activity on Twitter that garnered 1.5 million impressions on the first day, the analysts said, without any ad spends.

Dabur India launched three websites that included - Mybeautynaturally.com and LiveVeda.com   to serve its products and increase awareness about Ayurveda and the usage of Dabur products, apart from tying up with various partners.

Analysts said that Dabur India’s potential increment in revenue to 2019 would be 4%.

Apart from operating pressures, the retailers had to deal with additional packaging and delivery costs in the beginning.

However the analysts said, “The increase in direct to consumer penetrations results in higher delivery and fulfilment expenses.”

“For staple companies such as Hindustan Unilever, Godrej Consumer, Dabur India, Colgate Palmolive and Marico Industries, we see margin improvement as companies start selling more through the online channel and direct selling models. Currently, we estimate margins given through the wholesale channel to be ~22-25% for staple companies, which we see being ~15% in the modern trade/online retailing channel, signifying a definite benefit,” the analysts said.