October showed huge growth on its second Saturday and it was probably its best day for the film since release comparatively. 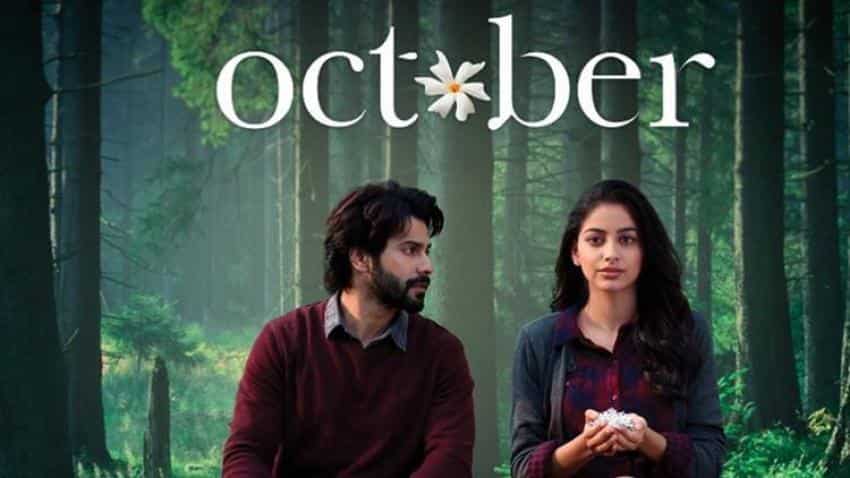 October movie starring Varun Dhawan and Gitanjali Rao has received positive response in theatres, as in two weeks of release, the movie has bagged Rs 31.60 crore in their kitty. It needs to be noted that, the movie is also considered best performer after Baaghi 2 which stars Tiger Shroff and Disha Patani. Not only this, October has performed well in comparison with Dwayne Johnson’s Rampage and Irfan Khan’s Blackmail.

As per Box Office India, October showed huge growth on its second Saturday and it was probably its best day for the film since release comparatively.  It looked a Rs 6 crore nett weekend but the film is comfortably going higher than that and it could even reach double figures in week two.

It added, “The growth on Saturday is around 85% which is very good and although overall numbers are on the lower side it is sustaining well enough to continuing running for a couple of weeks more.”

In the first week of October, the movie collected a total of Rs 27.75 crore in theatres.

Meanwhile, Rampage has just managed to collect Rs 21.50 crore since release, which would mean it has jumped 75% to gross 1.75 crore nett. On the other hand, Blackmail has just managed to achieve collection of Rs 18.3 crore lower from their budget cost of Rs 20 crore.

October has received overall 3.27 ratings and has been reviewed positive by experts.

However, as per Bollywood Moviez review, Varun Dhawan's October is his lowest opener till date as well as lowest first week ever for the actor. The movie is estimated to have made a budget of Rs 45 crore with cost of production at Rs 35 crore.

October has opened in 2308 screens worldwide, of which in India it is released in 1683 theatres and remaining 625 screens globally.