On Monday, Mistry had stepped down from his position as a member on the Board of Directors of Tata Steel. 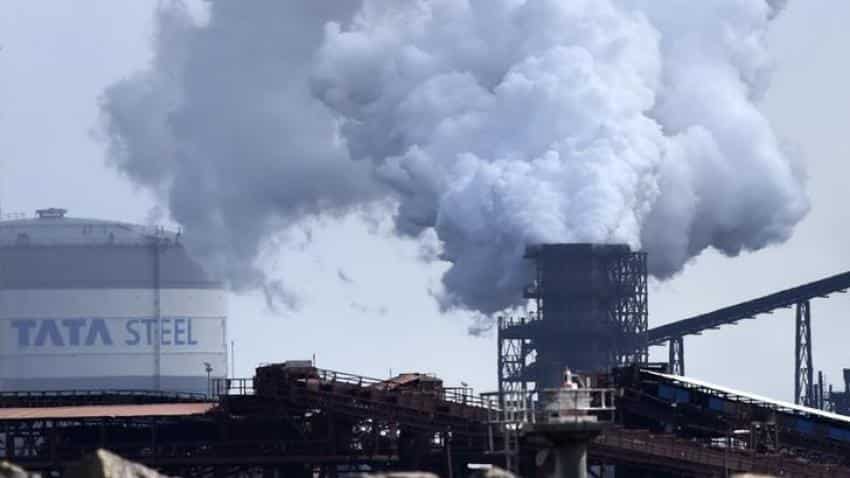 Industrialist Nusli Wadia on Wednesday said he will not attend the extra-ordinary general meeting (EGM) of Tata Steel, where he is expected to be removed as an Independent Director of the company.

Tata Steel has convened an EGM to decide whether or not to remove Wadia as an Independent Director on its Board.

The agenda of the EGM was to take shareholders` approval for the removal of Tata Sons ousted Chairman Cyrus Mistry and Independent Director Wadia from its Board of Directors.

On Monday, Mistry had stepped down from his position as a member on the Board of Directors of Tata Steel.

"What is at stake now is not whether I am removed or not but the fate of the very institution of the Independent Director that has been created in law and by SEBI to safeguard the interests of all stakeholders," Wadia said in a letter to the shareholders of Tata Steel.

"It is in your hands to vote with your conscience for what is right for your company and more important for the institution of Independent Directors," the letter read.

"I have chosen not to attend the meeting as I understand that recent meetings held of other Tata Companies have been inappropriately and shamefully stage-managed by the requisitionist controlling the entry into the hall as also in the selection and choice of the speakers as never before seen in Indian corporate history."

Wadia observed that he has outlined events relating to various decisions of the company`s Board, especially with regard to Tata Steel`s investment in Corus and events that have led to the impairment of approximately Rs 35,000 crore and a capital employed in the region of Rs 75,000 crore.

"The recent public statements that have been made on Tata Steel Europe just to protect 11,000 British jobs is a matter of concern that needs to be addressed by all shareholders as such support has now become unaffordable and is detrimental to the interest of the shareholders," the three-page letter said.

"Equally important is the fact that the capital employed in Tata Steel Europe today could have been invested in three steel plants across India with substantial returns making Tata Steel the number one steel company of the country while providing employment to a million Indians."

"I have raised the issue on the actions which I believe to be inappropriate and in violation of the SEBI Insider Trading Regulations by the promoter Tata Sons and the Trustees of the Tata Trusts: as also the manner in which they have and continue to influence and direct the affairs of your company. A role that is solely the responsibility of your Board," Wadia said.

According to Wadia, the issue at hand was about the `very independence of an Independent Director and his ability to perform his fiduciary duties and responsibilities without fear or favour`.

"The ability of a promoter to remove an Independent Director through the brute force of its holding in an ordinary resolution on which it can vote is a serious and major dichotomy and contradiction that needs to be and must be addressed urgently," he added.

On December 16, the Bombay High Court declined relief to minority shareholders of three Tata Group companies seeking to restrain promoters from voting at EGMs between December 21-23 on a resolution to remove Wadia as an Independent Director.

However, the Bombay High Court has barred Tata Steel, Tata Motors and Tata Chemicals from filling up the vacancy on the Board of Directors till further orders in the matter.

Wadia`s support for Tata Sons ousted Chairman Mistry has led several Tata Group companies to call for their respective EGMs to decide whether or not to remove Wadia from their respective Boards. 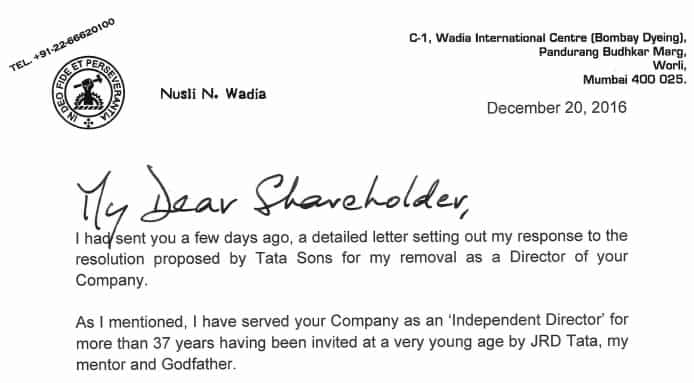 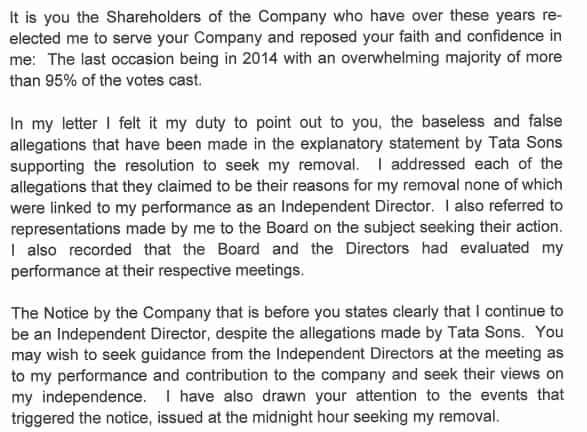 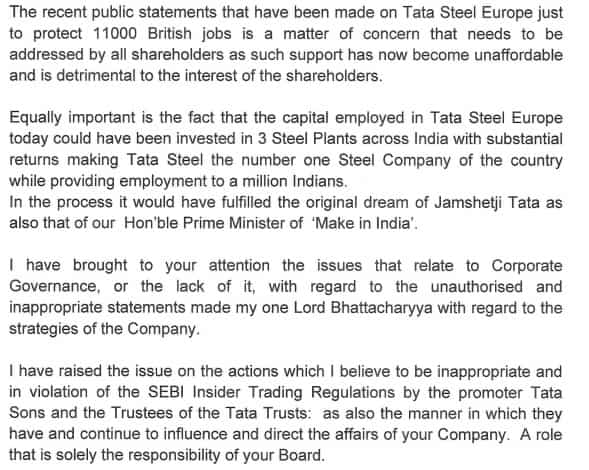 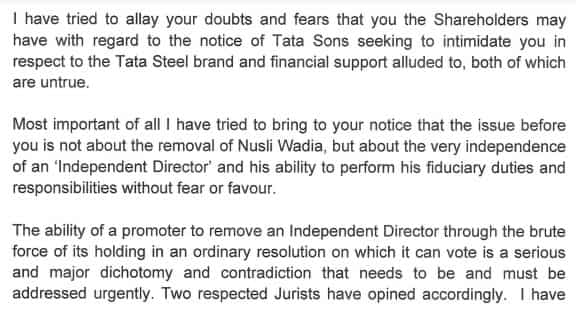 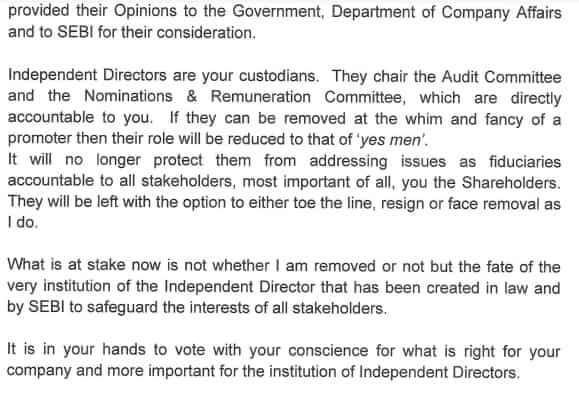 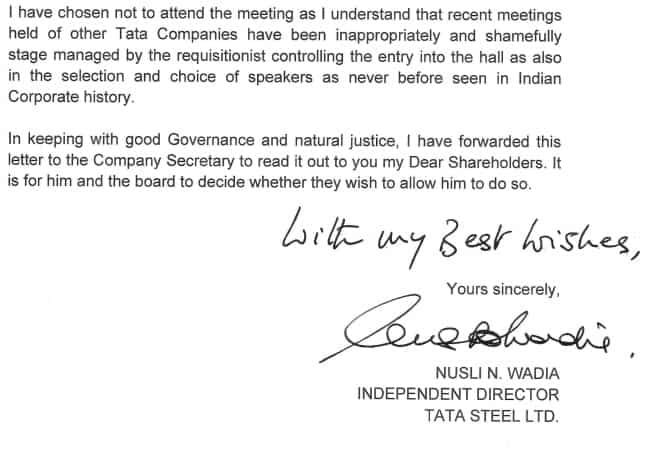 Ready to look at acquisitions if they make sense: Nusli Wadia, Chairman, Britannia