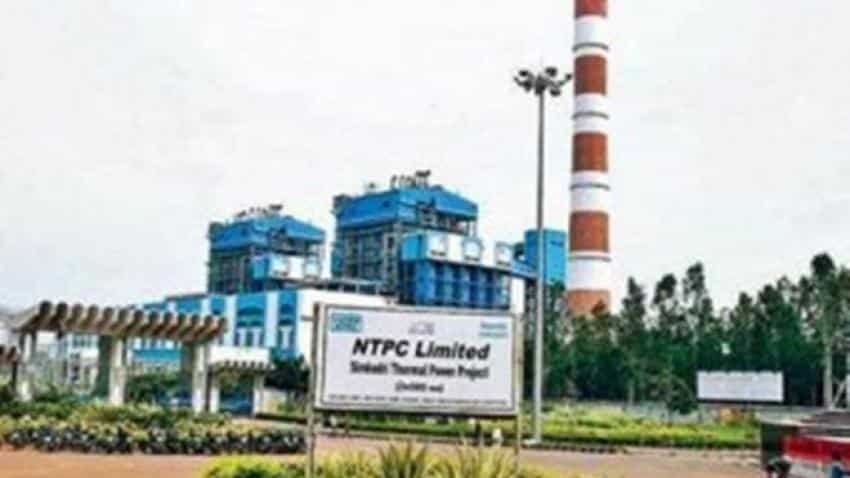 NTPC is ramping up the share of renewables, especially solar, in its energy mix. Image source: PTI
Written By: PTI
RELATED NEWS

"The corporation may hit the bonds or debt market to borrow about Rs 16,000 crore during the next financial year for financing the ongoing projects," a source said.

"NTPC is currently working on adding 21,000 MW capacities and projects are at different stage of execution... By March 2019 it plans to add about 6,900 MW.

"The company is comfortably placed and has enough leveraging potential. It will continue to fund the projects at debt to equity ratio of 70:30," the source added.

NTPC has planned capital expenditure of Rs 23,000 crore for 2018-19, which includes both debt and equity, essentially for capacity addition through the greenfield route.

However, this capital expenditure does not include the investment that may be required for other projects that the company is looking to acquire either from state utilities or stressed assets, tenders for which have been floated.

The company is counting on potential growth of power demand in the coming days with the government's focus on higher economic growth of around 8 per cent. NTPC intends to have the largest share of new capacities.

On capacity addition through the non-fossil fuel route, the source said NTPC will have the largest share of renewable capacities along with conventional ones.

NTPC is ramping up the share of renewables, especially solar, in its energy mix. Currently, renewables account for roughly 2 per cent of its total energy portfolio.

NTPC plans to improve this scenario and has therefore set a renewables target of 32 GW by 2032.

In fact, the company is also adding capacities by way of its joint ventures and the same have not been included in the capex plans.