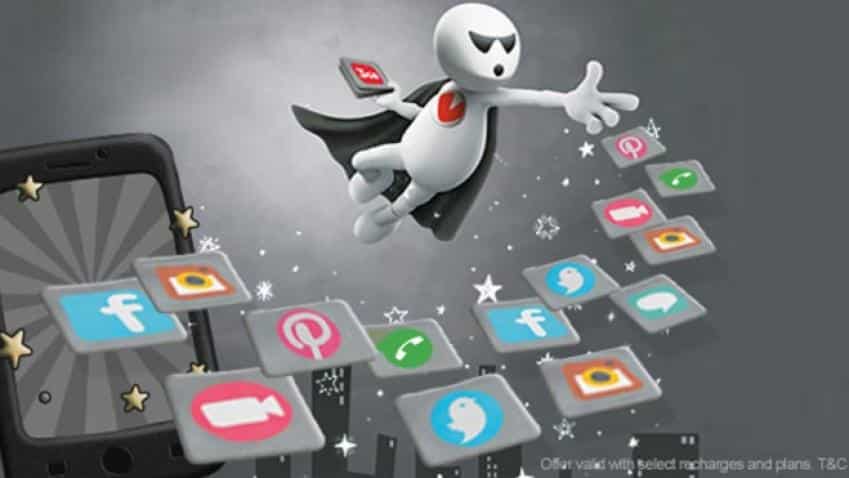 The company has rolled out new offers on achieving 200 million customers and it has been made available for certain customers only. Image Source: Company website
Written By: ZeeBiz WebTeam
RELATED NEWS

Telecom operator, Vodafone is offering up to 9GB of free data to certain circles as a ‘token of appreciation,’ a report by NDTV said on Monday.

The company has rolled out new offers on achieving 200 million customers and it has been made available for certain customers only.

The 9GB will be offered to the subscribers over a period of 3 months with 3GB given per month only on new 4G handsets.

However subscribers would have to recharge with a data pack to avail of this offer which is in addition to the existing data pack.

Earlier this month the company said that it would offer free incoming calls during international roaming on its network in 45 countries.

Though the price war is expected to further hurt telco revenues CRISIL report said that none of them were likely to ‘none of them is likely to pull a punch.’

“The price war in the Rs 1.5 lakh crore wireless telecom market will continue in this fiscal, too, leaving bruised bottom lines,” CRISIL report said on Monday.