A collision between a SpiceJet flight and an Indigo Airlines flight was averted at New Delhi airport on Tuesday morning. 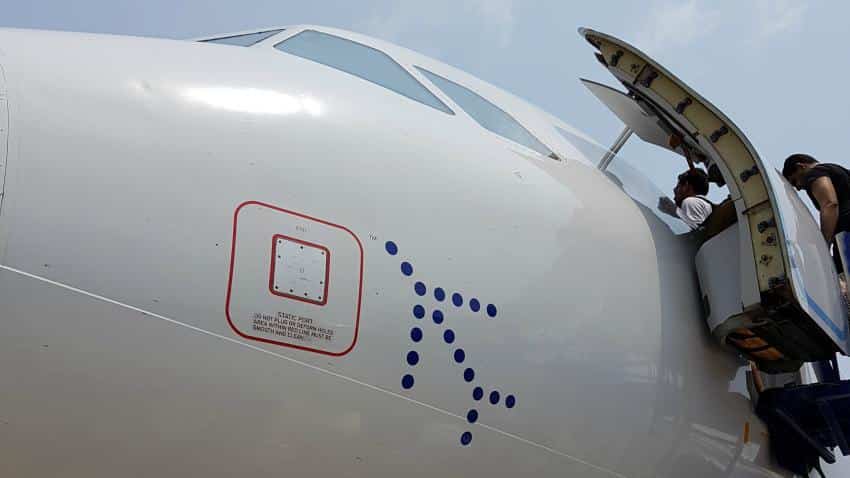 A collision between a SpiceJet flight and an Indigo Airlines flight was averted at Indira Gandi International Airport in New Delhi on Tuesday morning.

Sources say that the two flights came close to each other when the Indigo flight was moving towards taxiway after landing and a SpiceJet flight came in front for take-off.

"An Indigo flight 6C-729 which was coming from Lucknow to Delhi with 176 passengers on board, post landing, saw on the taxi way a SpiceJet aircraft in front of it," Indigo spokesperson told IANS.

"SpiceJet flight SG 123 operating Delhi-Hyderabad was following ATC instructions at all times at the Delhi airport. While taxiing, the SpiceJet crew observed another aircraft on the same taxiway in the opposite direction. Acting promptly, the SpiceJet crew immediately stopped the aircraft and intimated the ATC. Safety is of utmost and primary concern at SpiceJet. At no stage the safety of passengers, crew and aircraft was compromised. All concerned authorities were immediately informed." said a SpiceJet spokesperson.

The incident has been reported to the Director General of Civial Aviation (DGCA) and a probe is currently underway.

Earlier in the morning, a Jet Airways flight veered off the runway at Dabolim Airport in Panaji, Goa and 15 passengers were injured.

The incident took place at around 5 AM. Flight 9W 2374 which had arrived from Dubai and was bound for Mumbai, was about to take off when it skidded off the runway.

"Few guests have sustained minor injuries during the evacuation process and medical assistance is being coordinated by the Jet Airways team and the airport authorities," Jet Airways said in a statement.