Not mobile wallets, cash will still be king in India

While mobile wallets came out immediately with figures of how much people have increased using their services after PM Modi's announced, the fundamental question still remains whether people will revert to buying using cash once they have exchanged their currency. 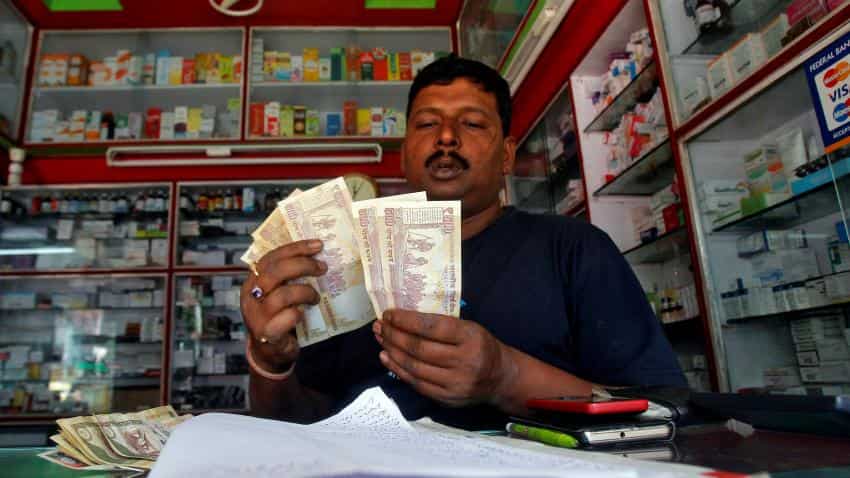 Mobile wallets like Paytm and Freecharge may have seen a vertical spike in their business over the past two days but it is an aberration borne out of a knee-jerk reaction.

Prime Minister Narendra Modi on Tuesday made the current crop of Rs 500 and Rs 1,000 notes illegal tender. This left many people aghast. Banks and ATMs opened on Thursday and huge queues are being witnessed.

In the middle of this, Freecharge, a mobile wallet company, on Wednesday said that its application downloads and average wallet balance jumped 12 times. Paytm had similar experience as well.

It said that it has seen a 1000% jump in people adding money to its wallet and overall transactions have grown by 250% and transaction value increasing by 200%.

These mobile wallet companies are striking the iron when it is white hot.

Saurabh Vashishtha, Vice President - Paytm said, “This reflects in the fact that over 98% of items are bought through our wallet and other pre-paid payment instruments on our marketplace.”

While these claims may be true, this sudden surge in online wallets and digital payment systems can be a knee jerk reaction to the news of ATMs and banks being closed the following day.

It has just been a month since the news of 32 lakh debit cards of various banks in India were compromised.

Banks have tight-lipped about the causes with no one ready to accept that the breach took place at their network.

In separate filings to the stock exchanges, ICICI Bank and Yes Bank have already denied breach at their ATM networks and hinted at another bank as the probable cause.

This fear could still make many revert to cash transactions or cash on delivery (COD) after the new notes come into circulation. Archit Gupta. Founder & CEO of ClearTax said that PM Modi's initiative is an attack on black money and not cash.

“It is still going be a challenge to get many in India to use digital payment methods. This is especially since a large part of the population in India is still the unbanked segment. They will continue operating on cash,” he said.

He added that while the younger population maybe comfortable with using cards for payments despite the compromise, the older generation may not look forward to digital payments. This too will contribute to people using cash for payments.

“The government's decision is a reset on black money and not on cash. Digital technology is not evenly distributed. To build trust stronger disclosure laws and security needs to be there. Even in card transactions globally data breaches do happen even now. That is something that has to be contained. It will take time,” said Gupta.

However, Vivek Bhargava, CEO, iProspect believes that this will be the necessary push to convert people towards digital currency. "Electronic wallets, in fact, will ensure much more safety as it has smaller amounts put into these wallets. The whole world is currently using electronic transactions and India will eventually move this way too,” he said.

“Like the spread of WhatsApp to the interiors of the country and lower income groups, mobile wallets will be adopted at the same speed in the next 2-3 years. Soon a majority of the people will be using m-wallets,” Bhargava added.

“It is important that propriety risk and mismanagement services are adopted by more e-commerce companies in India. It gives these companies real time warning of any suspicious transaction taking place. This will block transactions which are seen as risky and bring about more safety,” said Sirish Kumar, Founder & CEO of online payment gateway, Telr.

He added that it is a misconception that there is an overcrowding in the payments gateway segment and that there are hardly a handful of players, many of which are from outside the country.
“While it would have taken people in India to 10 or 15 years to adopt digital payments systems earlier, what the government has done now will bring it in 5 years. Of course there now needs to be more cards in the system, more terminals and more partnerships of payment gateways with banks,”Kumar said.