On February 28, the Supreme Court had allowed Sahara to sell certain properties after market regulator Sebi found it difficult to auction them even with the help of specialised agencies. 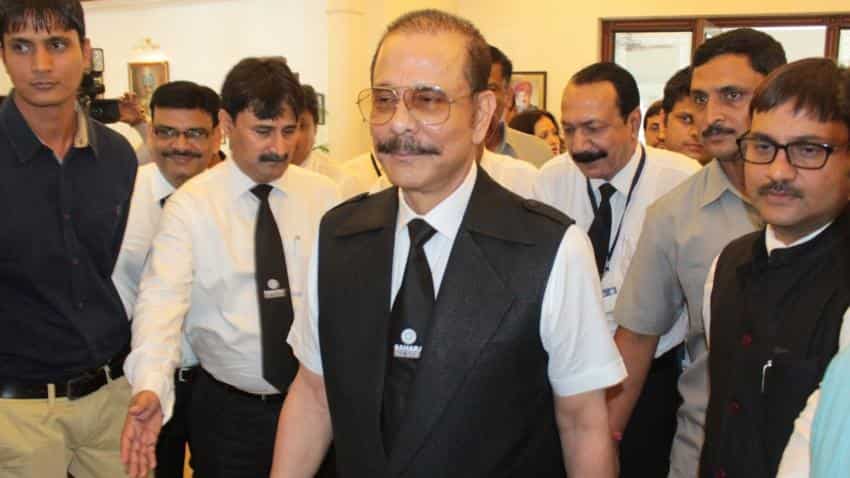 Apollo also sought extension of time for carrying out the due diligence, inspections and evaluation of the property. Photo: IANS
Written By: PTI
RELATED NEWS

A large number of corporates, including Tatas, Godrej, Adani and Patanjali, have shown interest in buying embattled Sahara group's 30 properties estimated to be worth about Rs 7,400 crore.

The properties, mostly land parcels being auctioned by real estate consultant Knight Frank India, have also generated interest from several real estate developers including Omaxe and Eldeco, as also from HNIs and at least one public sector firm Indian Oil, sources familiar with the process said.

Besides, Chennai-based Apollo Hospital has shown interest in acquiring Sahara Hospital in Lucknow.

Sources, however, said that the sale process and the valuation could get impacted due to a hurry in getting the deals closed within a short time because of an urgency on part of Saharas to get the money and deposit the same with the regulator Sebi as per Supreme Court directions.

All prospective buyers are asking for 2-3 months for due diligence, which is considered to be normal period of time in the high-value real estate transactions, sources added.

When contacted, a Sahara group spokesperson declined to disclose the names of prospective buyers, saying "deals are in process and will materialise soon". He also said the details have been submitted to the Supreme Court.

Godrej Properties' Executive Chairman Pirojsha Godrej said, "We are looking at part of one of the Pune land parcels for which Knight Frank is running the bidding process. It is still at a preliminary stage."

Omaxe's CMD Rohtas Goel also confirmed that his company was interested in some properties.

"As a prudent business organisation, we always keep exploring growth opportunities," he said. Eldeco's Managing Director Pankaj Bajaj said they are interested in some properties but would not be like to share the exact details at this stage.

An Apollo Hospitals spokesperson said, "The Apollo has submitted an expression of interest for Sahara Hospital and (we) are conducting our evaluation and due diligence process."

Tata Housing declined to comment, while there were no replies to specific queries made to Adani Group, Knight Frank and Patanjali.

Sources said there were a large number of individuals as also some educational institutions who have submitted expressions of interest for the properties. The shortlisted entities are now being asked to submit their financial bids.

The group is expecting to get the first instalment from the sale of these properties by June 17 and get all the money, estimated at around Rs 7,400 crore, in three months.

Earlier this week, the Supreme Court also directed sale of Sahara group's Aamby Valley township in Lonavala, which the group estimates to be worth over Rs 1 lakh crore and fears that a hurried sale will favour only those wanting to "grab Aamby Valley cheaper".

The Sahara spokesperson said the group had committed to deposit the directed amount of Rs 10,500 crore by July-August 2017, including Rs 7,400 crore from sale of the 30 properties being auctioned and payments from other deals, but the court declined and asked for the Aamby Valley auction which will take much longer.

On February 28, the Supreme Court had allowed Sahara to sell certain properties after market regulator Sebi found it difficult to auction them even with the help of specialised agencies. Sahara sought six months' time for the sale, but the court asked them to complete the sale in six months for properties worth about Rs 5,092 crore.

Sahara subsequently appointed Knight Frank for carrying out the sale process and advertisements were issued in newspapers twice to invite prospective buyers.

Knight Frank was asked to complete the sale by April 13 to meet the Supreme Court deadline, but it was found to be difficult because of the time demanded by the prospective buyers for going through various stages of such high value transactions to ensure optimal value realisation.

Sources said that Indian Oil, which was interested in one property in Bihar, sought extension of time for submitting bid on the grounds that the project called for approvals and reports from various departments and agencies.

Apollo also sought extension of time for carrying out the due diligence, inspections and evaluation of the property.

Replying to specific queries, the Sahara group spokesperson said, "We twice advertised in various newspapers all over the country for selling around 30 properties. In response, we have received 163 Expressions from 59 prospective buyers and the deals are in process and will materialise soon."

In reply to another query on the due diligence process and whether the court direction to close the deal faster and submit money could affect the sale and the valuation, he said the real estate deals undergo multiple processes.

"The said deals are under various stages. The buyers have asked for 2-3 months for completing due diligence and other processes, which is the industry-accepted minimum required time for such deals, even if all processes are expedited.

"On April 17, we also presented to the Court our commitment of getting first instalments out of all sales by June 17, and in three months we said we shall get all the money which is around Rs 7,400 crore," he said.

On the ordered sale of Aamby Valley, the group said, "The court's insistence to sell Aamby Valley whose value is more than Rs 1 lakh crore will only be a big favour to those one- two corporates who want to grab it cheaper".

Sahara lawyer Gautam Awasthy separately said the group has deposited around Rs 12,000 crore in last four years, which comes to an average of Rs 250 crore per month deposited in the SEBI-Sahara account.

This account was created for the money Sahara group was asked to deposit with the regulator for further refund to the bondholders from which the group had raised money, though the conglomerate claims to have already refunded more than 93 per cent money directly to the investors.

Awasthy further said, "By any Indian corporate standard, Rs 250 crore every month for 48 months is a huge amount and Sahara could have been appreciated for obedience of the Honourable Court's order.

"The most commendable point is that Sahara could pay Rs 250 crore every month on an average after Sahara having already repaid more than 93 per cent of its liability of OFCD of the two companies -- Sahara India Real Estate Corporation Limited and Sahara Housing Investment Corporation Limited.

"Meaning more than Rs 22,000 crore of liability Sahara has already been paid and this Rs 12,000 crore is in addition, that is duplication of payment."