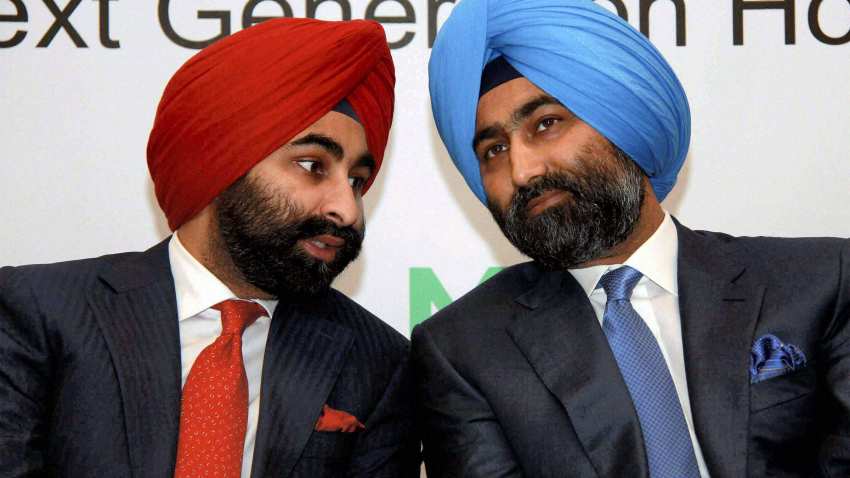 Under pressure, billionaire Singh Brothers -- Malvinder and Shivinder -- today said they were "not going anywhere", as they face payment of Rs 3,500 crore arbitration award to Daiichi Sankyo and a probe into alleged financial irregularities at Fortis Healthcare and Religare Enterprises.

The brothers, who had quit from the boards of Fortis and Religare earlier this month, said that "given the circumstances and immense challenges facing us today, we assure all our stakeholders that we are doing whatever it takes to resolve the issues and will not shy away from our current responsibilities".

In a joint statement, they said: "We assure that we are NOT going anywhere and are addressing the issues with responsibility and sincerity. We will not shy away from any and all processes, questions, clarifications that need to be addressed; and we will provide all cooperation to ensure that the truth comes forth."

The statement comes at a time when there is big furore in the country over the Rs 11,400 crore PNB scam involving billionaire jewellery merchants Nirav Modi and Mehul Choksi, who have fled the country.

The Delhi High Court had on January 31 upheld an international arbitral award of Rs 3,500 crore passed in favour of Japanese pharma major Daiichi Sankyo, which had alleged that the former promoters of erstwhile Ranbaxy Laboratories had concealed information about proceedings against them by American food and drug department.

The Serious Fraud Investigation Office (SFIO) is also reported to be initiating a probe into alleged financial irregularities at Fortis and Religare.

Moreover, on February 15, the Supreme Court lifted its stay on sale of shares of Fortis Healthcare Ltd pledged with banks by the Singh brothers before August 31, allowing financial institutions, including Axis Bank and Yes Bank, to sell the pledged shares.

In their statement, the Singh Brothers further asked all the 'stakeholders' for patience "in allowing us to share facts that will allow for more balanced views to emerge".

"Matters as large and complex as the ones being faced cannot be simplistically addressed and solutions require time. Many opinions and perceptions are based on limited information and don’t necessarily reflect reality or the truth," they said.

Assuring the stakeholders that they are doing "whatever it takes to resolve the issues and will not shy away from our current responsibilities", the brothers also sought their support "in this effort and stand by us to enable us to fulfil our commitments and address the issues in the right manner".

In their resignation letter from Fortis Healthcare board, the Singh brothers had said their move was intended to free the organisation from any encumbrances that may be linked to the promoters.

"We are working tirelessly to restore the faith of all our investors, shareholders, partners and colleagues. Sometimes adversity empowers one to bring out one’s best. In that lies our hope!" their joint statement said.