HMD Global looks to make a come back with Nokia 3310, but will nostalgia be enough to power the brand into the future. 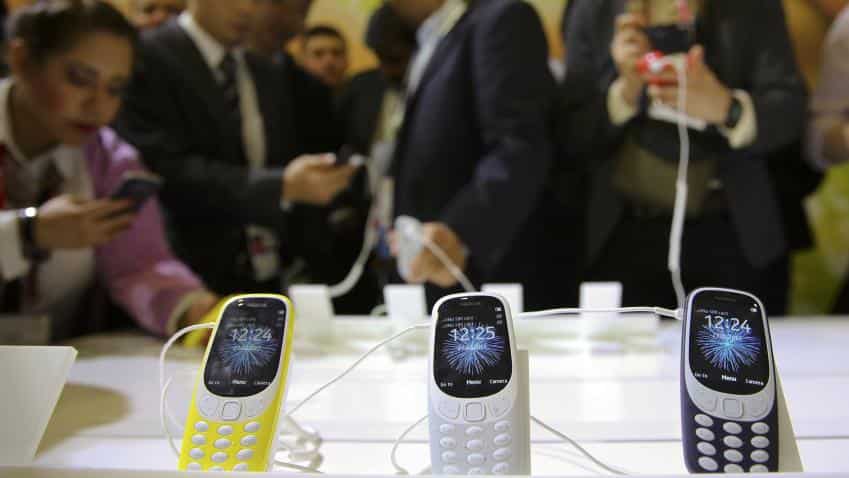 The main highlight of the Mobile World Congress (MWC) 2017 held in Barcelona was the relaunch of the Nokia 3310. While several other smartphones were unveiled during MWC 2017, it was the feature phone that grabbed everyone's attention and got everyone talking. Many who used the feature phone in the early 2000's were hit by nostalgia, as the iconic phone was known for its nearly indestructible body and long battery life.

HMD Global, which acquired the rights to Nokia at the end of last year, has played on this and while they have brought out the phone with a new trendy exterior, the company said that the new Nokia 3310 can deliver 22 hours of talk-time, ten times more than the original. It also comes with a 2 mega pixel rear camera and modern version of the classic 'Snake' game.

With an entire generation growing up loving the iconic Nokia 3310, the Finnish smartphone maker seems to have played its cards right in making a comeback for the Nokia brand. But will nostalgia be enough?

With the Nokia 3310 coming back into the market, there may be other phone makers that may look to relaunch their iconic phones. For instance, we could see the popular flip phone from Motorola the 'Moto Razr' coming back as it has even last year launched a teaser regarding it.

With feature phones still the largest share of sales in India (57%) and expected to grow this year, we may be on our way back to the 90's or early 2000's soon.

It is not only phone makers, but many companies are in the process or have already brought back popular brands of yester-year. While some have worked, the others have not been so fortunate.

Mahindra two-wheelers, for instance, is looking to bring back the iconic BSA and JAWA bikes which was popular in the 80's and 90's in India. At the end of last year it announced that it had acquired the marketing license for the two brands and has created a separate subsidiary called Classic Legends through which it will promote legacy brands.

With vintage bikes back in fashion on Indian roads, motorcycle brands such as the Royal Enfield, owned by Eicher Motors, have made the most of it as it has been one of the top selling motorcycles currently. Even demonetisation which hit the entire two-wheeler market and left it reeling, did not manage to even leave a scratch on Royal Enfield sales. The Classic series (350cc and 500cc), which are a tribute to its models in the 70's and 80's, have been one of the best selling motorcycles out of its offerings.

Nostalgia marketing is something that brands are looking at very intently and trying hard to tap into the fond memories of people in their younger days to push them into the purchase decision. In fact, in the last few years we saw several brands turn to nostalgia as a marketing tool to promote their products. Brands such as Coca-Cola, Microsoft, Lego, Nintendo went back in time to reinvent their iconic products or even look.

Nintendo brought back two of its most iconic properties Pokemon through the game Pokemon Go, which went viral last year. It also launched brought back the Super Mario game with its latest version Super Mario Run, which was released on iOS systems last year and with a launch expected soon on Android devices.

Coca-Cola's branding seems to have gone back in time to when it was launched. Microsoft had used nostalgia as tool to try to get people to use the internet explorer instead of other browsers such as Chrome and Mozilla Firefox. While Lego made a big comeback for kids through the launch of the 'Lego Movie', which subsequently became a hit.

While nostalgia might have worked in the case of Lego, Nintendo, Coca-Cola and Enfield, there are companies such as Microsoft which did not get many to use Internet Explorer again. Even iconic scooter brand Vespa, manufactured by Piaggio, has seen a struggle in the Indian market where it had been a once popular brand in the 80's. It came back to India in 2012 but by 2015 its sales remained at a little over 2,000 units. It is currently the most expensive scooter in India and even in Q1FY2017 managed to record a marginal 4.65% growth in sales.