The Pune-headquartered life insurer has been topping industry growth chart for long and has repeated it in the June 2021 quarter logging in 48 per cent growth in premium sales, thanks to "going digital well ahead of the pandemic that forced others to do so" 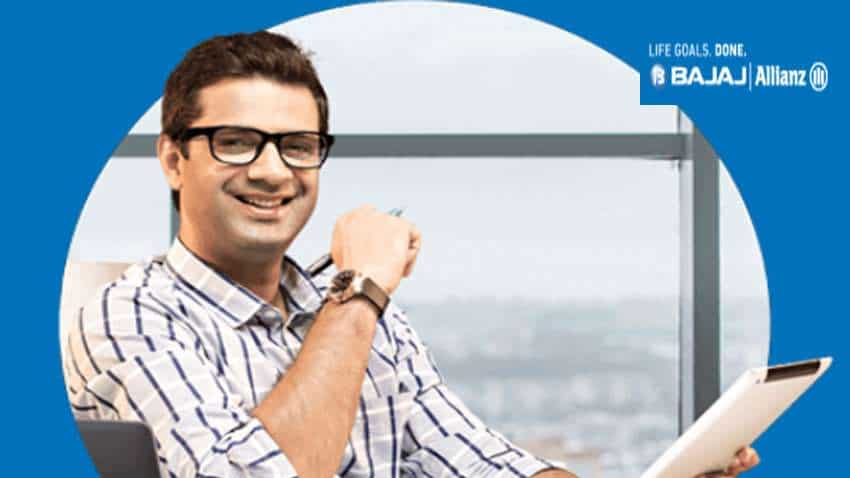 Bajaj Allianz Life Insurance, which has entered the third decade of operations this month, is not planing to go public with a listing because it is "the highest-capitalised life insurance company with over Rs 10,000 crore of equity capital", says a top company official.

The Pune-headquartered life insurer has been topping industry growth chart for long and has repeated it in the June 2021 quarter logging in 48 per cent growth in premium sales, thanks to "going digital well ahead of the pandemic that forced others to do so".

He added that with clipping at 28 per cent in FY21, the company was the fastest growing large life insurer in the year.

"There is no IPO (initial public offering) plan as of now, because we don't need any money.

"We are the highest capitalised life insurance company in the country with over Rs 10,000 crore of equity capital and a solvency ratio of 666 per cent," Chugh told told PTI from Pune on Friday.

There is nothing on my table or with the board on taking the company public, Chugh, who joined the Bajaj group firm in mid-2017, said.

There are only four listed insurers among 57 now -- SBI Life, HDFC Life, ICICI Prudential and ICICI Lombard -- even after 20 years of liberalisation with 23 life and 34 non-life players.

The regulatory amendments for insurers going public mandate promoter holding capping at 50 per cent; while in all unlisted entities, the same much higher.

Recalling the past two decades of operations, wherein it services over 23.6 million customers, he said that one of the most notable features is the "radical change in the outlook of both agents and customers towards life insurance" -- from being a post-death benefit investment to a life protection and savings investment.

There has also been a more radical change in the manner the business of insuring life is done now -- from the primary interaction with a prospective customer to doing the verification and to finally on-boarding the customer all of this is now done digitally.

This, for the industry , was forced by the pandemic but for Bajaj Alliance Life, "it was the result of our deeper focus and investment into digital technologies since early-2018", Chugh said without offering the investment made.

Effectively as much as 99 per cent of the company's sales are through the digital mode now, as nothing is happening physically now due to the lockdowns, "but we consider agents who number of 1 lakh to be our backbone and will continue to be so", he said.

Currently, 44-45 per cent of the business come through agents who also sell digitally now. Down from 90-91 per cent in the beginning, direct selling is around 11 per cent, bancassurance is 10 per cent, online/web is another 10 per cent and the rest is through brokers and other means, he said.

On the hit from the pandemic, Chugh said the industry is not at the end of the tunnel as there has been mounting claims even in July and that the industry will have to wait till September-October to get some granularity.

"While we settled Rs 50 crore in pandemic claims in FY21 from around 1,000 customers, the first quarter of this fiscal saw death claims almost doubling to Rs 96 crore from over 1,600 death customers," he said.
Chugh added that so far, it has set aside Rs 310 crore, net of reinsurance, in reserves for possible claims, which can be increased to Rs 460 crore, if need be.

Within the publicly traded Bajaj Finserve, which is the holding company, Bajaj Life is the third-largest profit centre after Bajaj Finance and Bajaj Allianz General Insurance.
He attributed the better than industry growth to the well-diversified product portfolio of Ulips, traditional, term and now annuity plans.

"We have a well-balanced product mix ranging across Ulips, which contribute 40 per cent of sales, down from 74 per cent four years ago, to traditional products, which chip in with the rest 60 per cent," Chugh added.

He added that the portfolio also includes term, annuity and protection products that get us six per cent. Last year, annuity brought the company 15 per cent of sales but this year, there is nothing at all.

Refusing to offer a growth forecast saying that's against their policy, he said "we will grow over industry average for sure" as they are diversifying their product mix and marketing and also the way their presence is felt.

"As we expect work from home continuing for some more time, we are recasting our branch model, which envisages having more of digital branches; wherein there will be more space for the customers and not for the staff as was the case earlier," Chugh added.