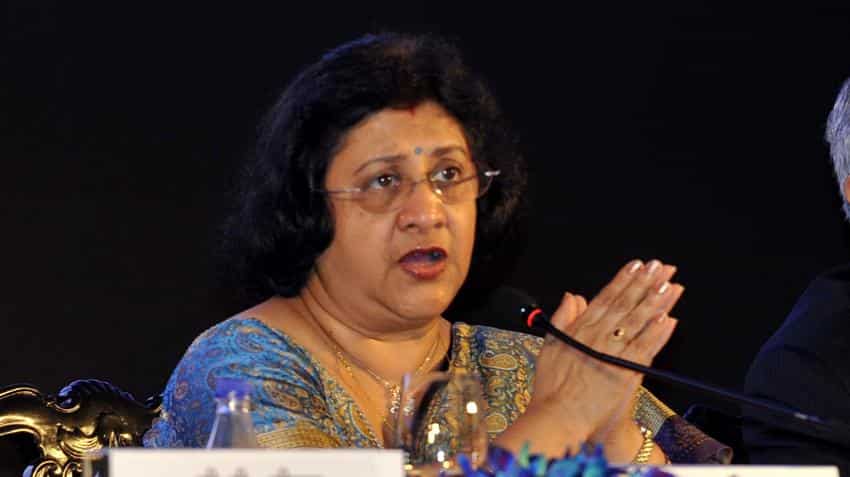 The State Bank of India (SBI) may relocate some branches after the merger of its associate banks into its fold, but none of them will be shut down, Chairperson Arundhati Bhattacharya has said in a bid to put rumours to rest and assuage the staff.

"I don't believe we will be closing down any branches. This is one area that is getting a lot of adverse publicity. We will be working with the synergies," Bhattacharya told IANS, referring to the plans to merge five associates and Bharatiya Mahila Bank (BMB).

"Obviously, if the same building has branches of three associate banks, it doesn't make sense to keep them open. If that branch is moved away 60 kilometres, it will have a better reach. We will be relocating a few of them," the Chairperson told IANS over the phone.

The merged entity, which will have a network of more than 24,000 branches, will continue to have the same number of branches. The idea is to leverage the synergies, she added.

"Not only the productivity can improve, with the same number of people, we can also ensure better footprints. We can move apart branches, send out sales teams. The customer will also have access to a lot of cutting-edge products," she said.

The country's largest lender is looking to add $120 billion (Rs 8 lakh crore) in assets after the merger of State Bank of Bikaner and Jaipur, State bank of Travancore, State Bank of Patiala, State Bank of Hyderabad and State Bank of Maharashtra, besides the Bharatiya Mahila Bank (BMB).

The bank is already a 'Fortune 500' company.

As an outcome of the merger, the size of non-performing assets (NPAs) will obviously swell up, she said, adding that she did not have the numbers ready on that account.

"There are six entities involved. The issues need to be resolved, which cannot happen with the snap of the finger. The balance sheet is just the first thing. There's a lot of work eventually that needs to be done."

Bhattacharya is due to retire in October, much before the completion of the merger. The government is said to be considering a year-long extension so that she can oversee the entire process.

"I haven't heard anything from the government on my extension yet. But there will be changes and we need to be prepared for it. We have a team in all of these areas. They'll continue to do so."