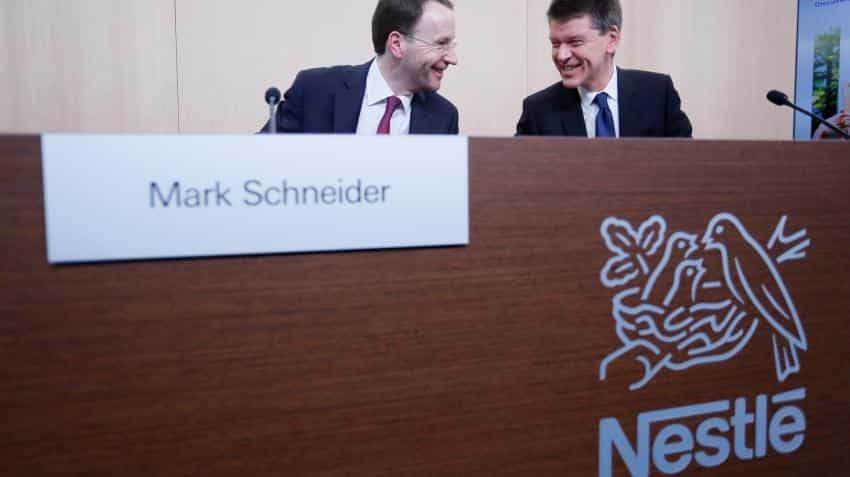 The maker of Kitkat chocolate bars and Nescafe coffee is aiming for 2 to 4 % underlying sales growth this year, below analysts` estimates and the "Nestle Model" for growth of 5 to 6 %.

"This is a volatile and still somewhat deflationary environment," Schneider told reporters at the company`s Vevey headquarters. "We felt this was wise and prudent."

The earnings from Nestle are the latest in a series of tepid results from consumer goods groups which have blamed weakness in the emerging markets that had previously fueled their growth.

Unilever cited problems in Brazil and demonetization in India, while Danone pointed the finger at tough conditions in China.

Schneider replaced the "Nestle Model," which the Swiss company has missed for four straight years, with the slightly vaguer goal of "mid-single-digit organic growth and significant structural cost savings by 2020".

He said he expects pricing to improve this year and plans to use a combination of cost-cutting and portfolio management to help hit his mid-term targets.

The company, which also makes Gerber baby food and Perrier water, forecast a "stable" trading operating profit margin in 2017, due to expectations for increased restructuring costs of around 500 million Swiss francs ($498 million).

Analysts on average were expecting 2016 growth of 3.4 %, according to a Reuters poll.

Net profit fell to 8.5 billion francs, well short of the average estimate for 9.59 billion francs in the poll, hit by a one-off non-cash adjustment to deferred taxes and an inventory level adjustment at Nestle Skin Health.

Nestle proposed to increase its dividend to 2.30 francs per share, after 2.25 francs last year.