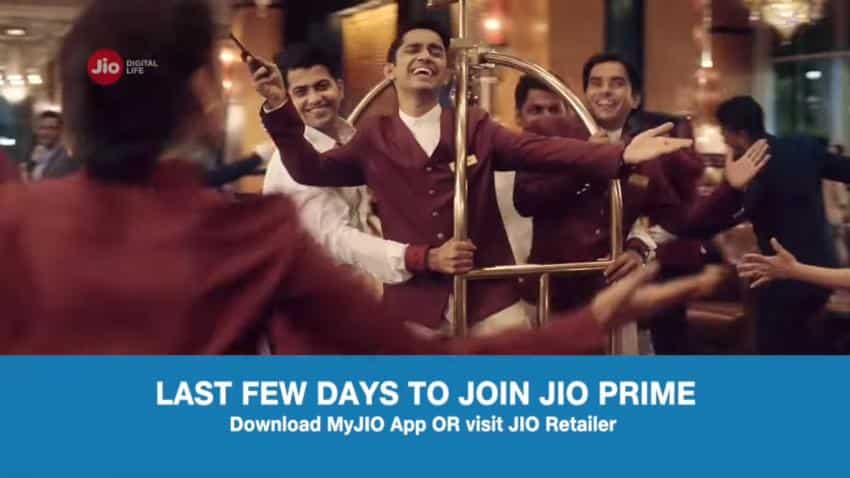 However, this might not be the end of Jio’s freebies that cooked up a storm in the industry since its launch in September 2016. Image Source: Reliance Jio ad/ Youtube
Written By: ZeeBiz WebTeam
RELATED NEWS

Mukesh Ambani backed Reliance Jio seeks a new beginning from April 1 as today marks the end of its ‘Happy New Year’ offer and the last day to subscribe to Jio Prime Membership.

However, this might not be the end of Jio’s freebies that cooked up a storm in the industry since its launch in September 2016.

A report by Business Insider quoted sources that said RJio will study consumer behaviour on three key aspects - how many have opted for tariff plans; secondly, how many subscribers will keep the same number and move on to another operator and thirdly how many subscribers have no intention of using Jio services at all.

These three factors will form the base on which the company will set its new tariff plans, the report further added.

Jio Prime Membership that entails a one-time payment of Rs 99 would allow customers to continue getting the ‘Happy New Year’ offer benefits for another year.

Bank of America Merrill Lynch survey results of Jio users showed that nearly 71% respondents felt the Jio network slowing down since its launch.

ICRA analysts in a webinar session said that a few years down the line there is likely to be ‘pressure on network capacity’ for Jio users.

Though rumours of Prime gaining a ‘lukewarm’ response filled the news, Aseem Manchanda of Zeebiz reported that the company has got 6 crore subscribers.