The corporate restructuring aims to cut expenses in "lower growth areas" and shift the money into Cisco priorities such as security, cloud computing, data centers, and the internet of things, according to Robbins. 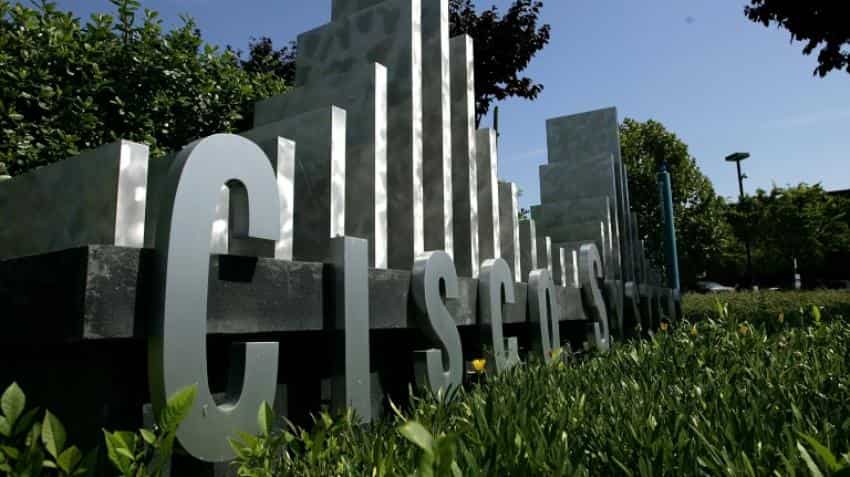 Cisco Systems on Wednesday announced plans to cut seven percent of its global workforce as it shifts its focus from networking hardware to software and services.

The plan to eliminate 5,500 positions came as earnings reports showed Cisco`s profit for the fiscal year climbed to $10.7 billion, 20 percent more than the previous year.

"I am particularly pleased with our performance in priority areas including security, data center switching, collaboration, services as well as our overall performance," said Cisco chief executive Chuck Robbins.

"We continue to execute well in a challenging macro environment."

The corporate restructuring aims to cut expenses in "lower growth areas" and shift the money into Cisco priorities such as security, cloud computing, data centers, and the internet of things, according to Robbins.

Cisco planned to re-invest a substantial amount of the money saved through job cuts. Elimination of positions was to commence this quarter.

Faced with a slowdown in its traditional products such as routers for telecom networks, Cisco has been trying for several years to reorient to fast growing sectors.

The company also seeks to increase revenue from ongoing subscriptions for services or software, as compared to sales of equipment.

Global Equities Research analyst Trip Chowdhry believes that Cisco is "just buying time" with its re-focusing of resources and that more job cuts are on the horizon.

Cisco built its fortune on hardware for private data centers, but businesses are increasingly turning to "super-clouds" such as Amazon Web Services and Microsoft Azure which rent processing muscle as needed, according to the analyst.

"When you think of computing moving to those highly efficient platforms, the market for on-premise data centers is going to shrink," Chowdhry said.

"Cisco is against the market and industry trend. We don`t see any way they can escape this predicament."

Cisco chief financial officer Kelly Kramer assured analysts on an earnings call that the company was not giving up on the bones of the internet such as routers and switches.

Switches and routers remain a big chunk of Cisco`s business.

"We are investing in every area of business we have," Kramer said.

"We are being very smart about where we are putting our money; that is how we are looking at this."

Cisco shares were down slightly more than one percent to $30.30 in after-market trade following the release of the earnings report.

The northern California-based Cisco has had waves of job cuts from 2011 through 2014, eliminating a total of more than 17,000 positions.

Cisco lay offs: Networking giant to fire over 4,000 employees in a 'rebalancing' move