Netflix to launch interactive series 'You Vs. Wild'

After experimenting with the interactive storytelling format with "Black Mirror: Bandersnatch", online streaming platform Netflix is set to launch a live action interactive series "You Vs. Wild", starring Bear Grylls next month. 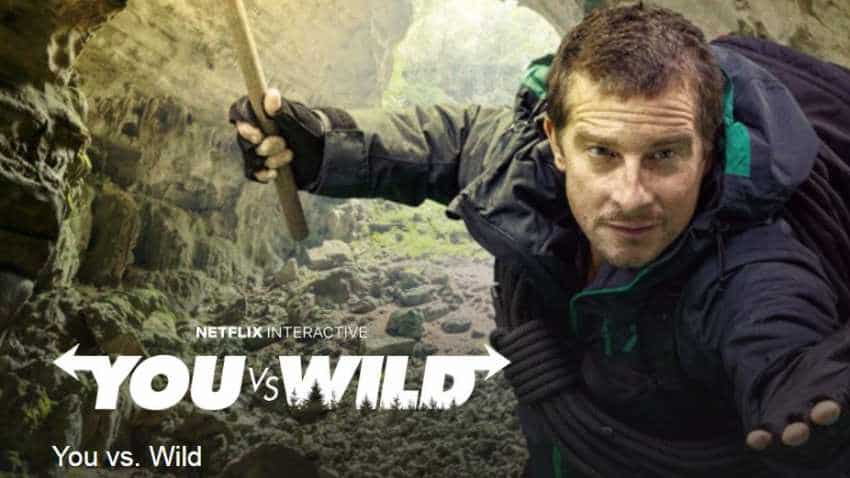 Netflix announced "You Vs. Wild" at the Netflix Labs 2019 even on Monday. Image source: Netflix website
Written By: IANS
RELATED NEWS

After experimenting with the interactive storytelling format with "Black Mirror: Bandersnatch", online streaming platform Netflix is set to launch a live action interactive series "You Vs. Wild", starring Bear Grylls next month. Netflix announced the show at the Netflix Labs 2019, a press event, here on Monday.

Viewers will join "Man Vs. Wild" famed survival expert Grylls on the new eight-episode adventure, and will decide what he eats, encounters, and experiences on the show, which will be live from April 10. There will be dense jungles, towering mountains, brutal deserts, and mysterious forests, and viewers will have the choice to decide whether or not Grylls succeeds.

Each episode features an interactive experience with multiple choices, where a user may direct the course of the story. Grylls said in a statement: "I`m so proud to deliver this first-of-its-kind live-action interactive series, really giving viewers an all access pass to explore the world and its landscapes in my boots. The stakes are high in this one."

The show will be directed by Ben Simms. The announcement for "You Vs. Wild" comes just months after "Bandersnatch", an interactive film in the science fiction anthology series "Black Mirror", scored a success among an audience fed on linear content with only the content creator with a hold on where the story steers.

Todd Yellin, Vice President, Product, Netflix, stressed on the flexibility for innovation that the streaming platform offers, and how it has opened up space for experimentation. In an interactive series, it becomes vital to know how often to have choice points and what are the questions to ask, Yellin said here.

On a recent visit to India, Yellin had said interactive storytelling is something Netflix is keen to bet more on, and that viewers must expect more on that front.