Subscriber rolls, the most closely watched measure of Netflix's growth, rose by just under 5 million globally in the first quarter, behind analysts' projection of 5.18 million. 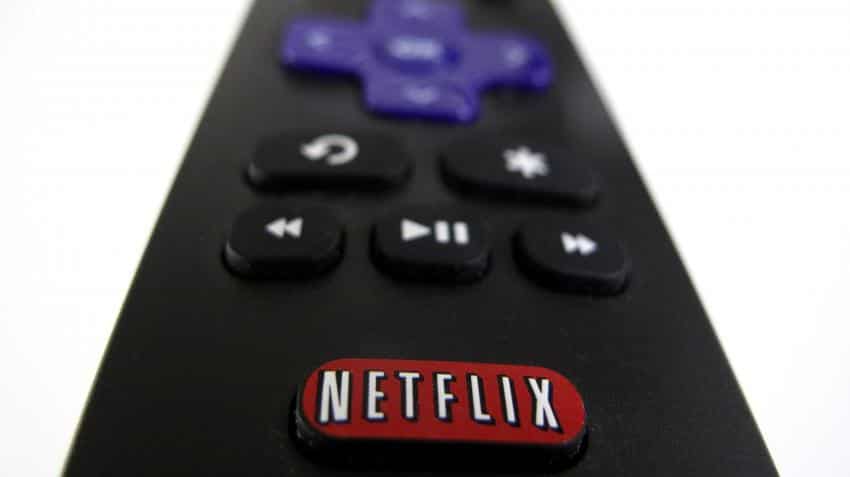 The Netflix logo is pictured on a television remote in this illustration photograph taken in Encinitas California. Photo: Reuters
Written By: Reuters
RELATED NEWS

Netflix Inc made a bullish forecast for subscriber additions by mid-year, a positive sign for its push to expand around the world that sent its shares towards an all-time high.

The streaming video company pushed back the next season of its smash-hit "House of Cards," and other programming to the second quarter, meaning it lured in fewer new subscribers in the first quarter than expected, but will likely make it up from April through June.

Subscriber rolls, the most closely watched measure of Netflix's growth, rose by just under 5 million globally in the first quarter, behind analysts` projection of 5.18 million, according to FactSet StreetAccount.

However, Netflix forecast 3.2 million more in the seasonally slow second quarter, well ahead of analysts' estimate of nearly 2.4 million.

Its shares dropped as much as 3% in after-hours trading before rebounding to gain 1.3 percent. The late rise put Netflix stock on track to open at a record high on Tuesday.

A decade after shaking up Hollywood by delivering TV shows and movies over the internet, the company said it expects to top 100 million global subscribers this weekend.

Netflix has expanded around the world over the last few years, betting that its U.S. formula would pay off in other countries. Opening in new markets and creating shows in additional languages was an expensive proposition.

Chief Executive Reed Hastings urged investors to look at its growth over time rather than quarter-by-quarter fluctuations.

"We definitely see a big opportunity around the world," Hastings said in an interview with analysts that was posted on YouTube.

New Yardsticks
In its quarterly letter to shareholders, Netflix asked investors to judge its future success by looking primarily at revenue growth and global operating margins.

That would be a shift for Wall Street, which has focussed on subscriber numbers, said Needham & Co analyst Laura Martin.

"The minute you actually pivot (investors) to an income statement, you're talking to a completely different kind of investor," Martin said. "And that investor demands profitability. So it`s a risky business."

The earnings beat was due to the change in timing of "House of Cards," which helped push costs into the second quarter, boosting operating margins from January through March and reducing them in the second quarter.

For the quarter that ended March 31, Netflix added 3.53 million subscribers outside the United States. Analysts on average had estimated 3.68 million additions, according to research firm FactSet.

In the United States, the company added 1.42 million subscribers, compared with analysts` average estimate of 1.50 million.

Up to Monday`s close, Netflix's stock had risen nearly 19% in 2017, outperforming the roughly 5 percent gain in the broader S&P 500 index.