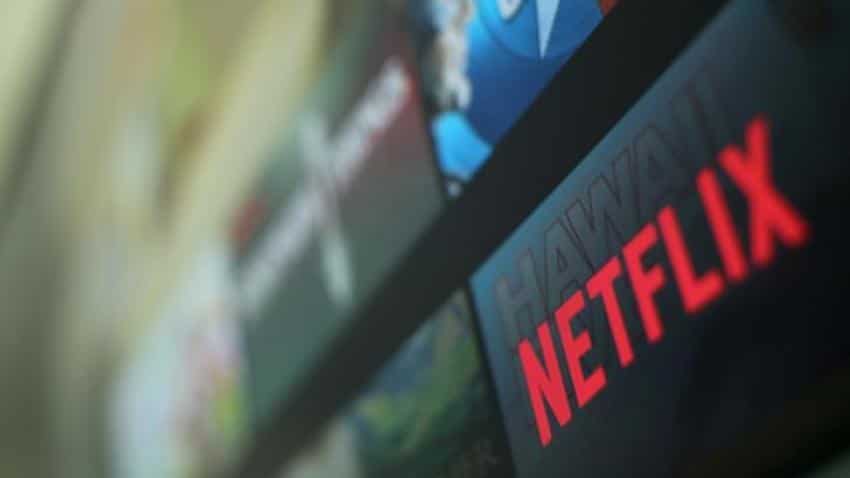 The Netflix logo is pictured on a television in this illustration photograph taken in Encinitas California. Image Source: Reuters

The purchase of Regency Outdoor Advertising, if successful, would be the largest yet for the fast-growing Silicon Valley streaming video company, which has a studio in Hollywood and is now one of the world`s biggest film and TV producers.

Netflix`s motivation was not immediately clear, but it could save money over time with the deal, according to industry analysts, as it ramps up spending on marketing for its original shows and movies to $2 billion this year. Netflix used Regency Outdoor billboards to promote its "Stranger Things" and "The Crown" drama series.

"This is a smart move for Netflix because it is a very important viewing market," Lowenthal said. "Los Angeles matters to the people in the industry."

Netflix is just one of the bidders for Los Angeles-based Regency Outdoor and there is no certainty that its offer will prevail, the sources said this week, asking not to be identified because the matter is confidential.

Netflix declined to comment. Its shares were close to unchanged in a slightly lower market. Regency Outdoor did not respond to a request for comment.

The world`s leading streaming media company still uses physical advertising space such as billboards to promote its shows. Billboards are holding their own compared to other forms of traditional advertising such as ads in newspapers or TV that are easy to skip.

It also has billboards at Los Angeles International Airport, on major freeways, near the University of California, Los Angeles (UCLA) campus, and close to the Los Angeles Angels baseball stadium, according to the company`s website.

Netflix said in a letter to shareholders earlier this year that its marketing spending was growing "a little faster" than its revenue.

As a result of the bigger marketing expenditure, Netflix`s expenses per subscriber will jump around 25 percent to $16 per subscriber, up from $13 per subscriber, according to a recent MoffettNathanson report. The company reported it had 117.6 million worldwide streaming subscribers at the end of 2017, more than any direct competitor.

"As the marketplace for original content becomes more crowded, Netflix is turning up the volume to promote the increasing number of Netflix originals," Michael Nathanson, a MoffettNathanson analyst, wrote in the research note.