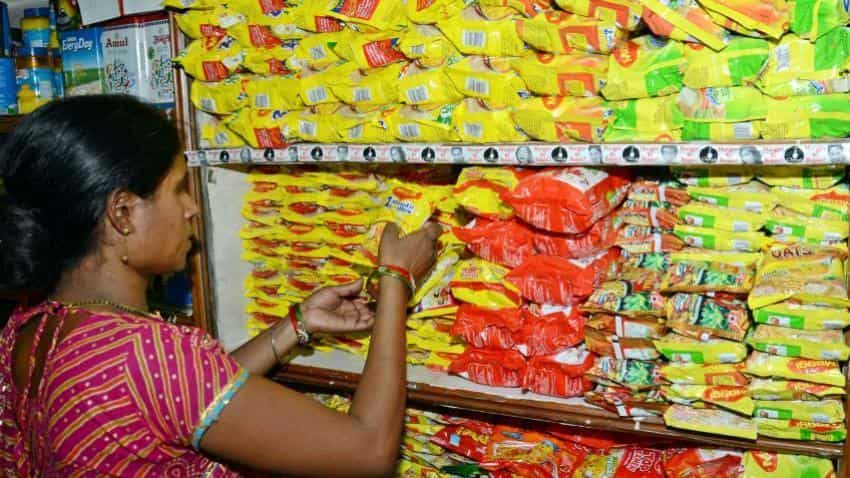 Nestle India follows calendar year for financial performance, therefore, this would be its fourth quarter.

Operating profit and net profit in percentage of sales are positively impacted by 110 basis points and
70 basis points respectively as the percentages have been calculated on lower reported sales.

Suresh Narayanan, Chairman and Managing Director of Nestle India, said, "It is extremely pleasing that we ended year 2017 on a strong note by reaching a historic milestone of over Rs 10,000 Crores in Revenue, in a year where we had to adapt to significant changes in the external environment."

Despite reporting positive net sales, GST hampered the true potential of the growth.

Nestle mentioned that consequent to the introduction of Goods and Services Tax (GST) with effect from  July 1, 2017, VAT/Sales Tax, Excise duty etc. have been subsumed into GST and accordingly the same is not recognised as part of sales as per the requirements of Ind AS 18.

Domestic sales growth was at 8.2%. On a comparable basis the domestic sales, Nestle estimated growth at 11.8% due to increase in volumes including rebuild of MAGGI Noodles, supplemented by better underlying realisations.

Export sales of the company increased by 0.9% during the period. As on December 2017, operating cash flow was at Rs 1,818 crores.

The Board of Directors have recommended a final dividend of Rs 23 per equity share amounting to Rs  221.76 crore for the year 2017.

Nestle India, Coal India shares can give up to 40% return in one year: ICICI Securities