The NCLAT has directed both McDonald's and Vikram Bakshi to not take any action against each other till August 30. 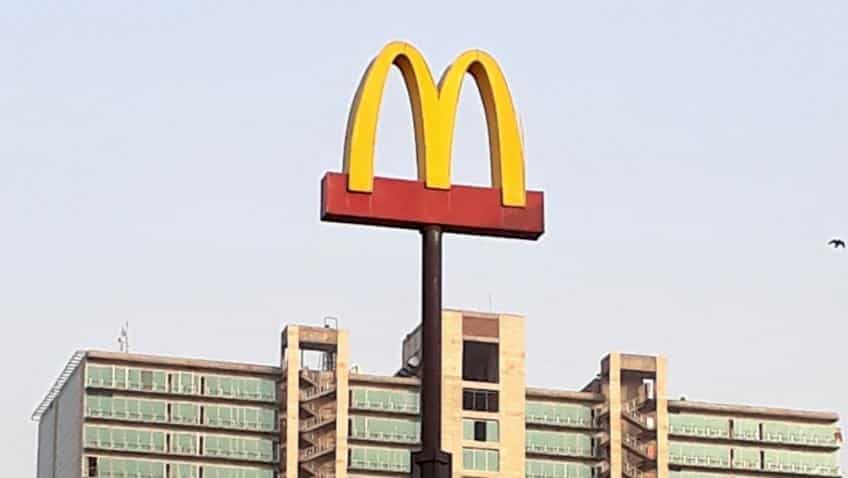 The golden arches of the McDonald's logo at an outlet in Delhi. Photo: IANS
Written By: ZeeBiz WebTeam
RELATED NEWS

McDonald's to cut global antibiotic use in chickens

The National Company Law Appellate Tribunal (NCLAT) has intervened in the dispute between McDonald's and its joint venture partner Connaught Plaza Restaurants Ltd (CPRL) head Vikram Bakshi, after McDonald's on Tuesday terminated the franchise agreement with it.

The NCLAT has asked McDonald's India and Bakshi to inform the tribunal by August 30 if the settlement of the dispute is possible, according to a Bloomberg report.

The tribunal will hear McDonald's appeal against Bakshi on August 30. Besides this, it asked McDonald's and Bakshi not to act against each other until the next date.

The move comes as McDonald's on Wednesday had moved to the NCLAT to challenge its order of reinstating Bakshi as the Managing Director of the company, according to an Economic Times article.

The US-based fast-food giant on Tuesday terminated the franchise agreement with joint venture partner in North and East India, CPRL. This decision puts into question the future of the 169 outlets in Northern and Eastern regions of India.

These outlets employ nearly 10,000 people directly or indirectly and with this decision brings about a level of uncertainty regarding their jobs.

However, a McDonald's spokesperson the company will mitigate the impact on the employees, suppliers and landlords of CPRL.

Bakshi however says that McDonald's had known for years that the royalties were going unpaid without raising any objection. He further added that the company had been unable to pay the royalties because of falling sales, as well as demand by McDonald's that CPRL repay its bank debts rather than rolling over loan facilities.

This decision to end its ties with CRPL does not come out of the blue as the company has been at logger heads with its joint venture partner since 2013.

CPRL is 50:50 joint venture between Vikram Bakshi and McDonald's and has the franchise license for all the McDonald's outlets in North and East India. But McDonald's has been having a tough battle with Bakshi over him running the show as the Managing Director of the company.

McDonald's to cut global antibiotic use in chickens