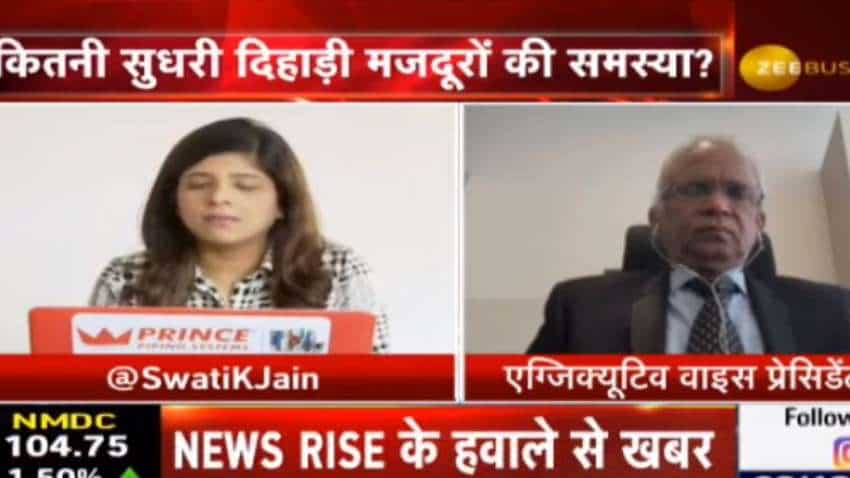 Many blockbuster films are ready for being released; 2021 is likely to be good for the industry: Alok Tandon, CEO, Inox Leisure

Q: After a strong show in October, you have again won orders worth Rs 3,900 crore in November. Can you give us a breakup of these orders and the execution timelines of these orders? Do you think that the order inflow will continue at the same pace or there can a consolidation in it?

A: First of all, we have given guidance for Rs 10,000 crore of fresh order accretion for FY21 and in the previous year, .i.e. FY20 the order accretion was only Rs 7,700 crore. In the month of November, we got an order of Rs 3,900 crore and earlier up to October we got about Rs 6,300 crore of fresh orders in FY21. So, put together up to November that is in eight months of the current financial year, we got already Rs 10,200 crore of orders. So, our order accretion has been pretty strong as far as the current year is concerned that is easily understandable mainly because the government is planning to kick-start the economy and so they are planning to create substantial physical infrastructure so that it will support the economy. And, also the NIP (National Infrastructure Pipeline), which the government is planning to implement from the third quarter onwards some visibility is there. So, all these factors put together, order accretion is quite good. Going forward, we have already exceeded the target that we have given and a further increase is also possible, as far as the order book is concerned for FY21 but I cannot give a number how many more orders we are likely to get in the remaining four months. We have to wait and see. We are participating in a number of projects in the bidding process and definitely some more orders are also expected. So, as far as the order book is concerned, it is robust and is moving nicely. And execution also we have already indicated that we have reached a level of 80-85% in the month of November and we are likely to reach 90% and above that is pre-COVID level in the remaining four months of the current financial year. So, execution is also picking up nicely.

Q: You have already met the guidance of Rs 10,000 crore and you expect that more orders will come on your way in the remaining four months of the current fiscal. This means the guidance is being revised upward. So, can you provide a percentage by which guidance can go up from Rs 10,000 crore based on the large chunk where bids have been placed and expect that you will get it? Also, tell us the number of projects/ orders where you have reached the L1 position?

A: We have received orders worth Rs 10,200 crore till November 2020. Going forward, further orders are expected. We are participating in a lot of bidding projects in the area of affordable housing, drinking water supply, building construction, central Vista project of the central government in New Delhi etc. We are participating in all these but it is very difficult to give a number or a percentage. But definitely, further accretion of orders is very much possible in the remaining four months of the current year but at this stage, I can’t give a number. As far as orders that were received in November, one order we received is for the construction of All India Institute of Medical Sciences (AIIMS) near Srinagar, Jammu and Kashmir, which was given to us by the CPWD. It is a big order of Rs 1,400 crore. Likewise, we received some orders in the division of the building most of them and one of the orders is development and maintenance of the Ajni Railway Station, Nagpur, and that is given to us by National Highway Authority of India (NHAI) of about Rs 1,258 crore. Likewise, we have got certain orders for supply of drinking water in some villages in UP of about Rs 848 crore. Similarly, one building order in the state of Odisha for construction of market complex and Jagannath Pilgrim Center in Puri, we have got this order for Rs 461 crore. That is as far as the order book is concerned but how many more orders, we will get is difficult to say at this point of time, definitely, it is going to be positive.

Q: Has the Andhra payment delay issue been resolved yet and any additional payment0073 have been cleared by the state government?

A: Recently, we have got additional payments of about Rs 78 crore from the government of Andhra Pradesh. The total in the current year we have received payments of Rs 230 crore or so. And in the month of March, i.e. last year FY20, we got about Rs 100 crore. So, in the calendar year of 2020, we have already got about Rs 330 crore of payments from the government of Andhra Pradesh and we are expecting some more payment of about Rs 200 crore in the next two months. So, the payment cycle has improved substantially. Other than AP, we don’t have problems anywhere and also, most of our clients are triple-A rated companies, like AIIMS, Airport Authority of India, some defence projects, likewise, Nagpur-Mumbai expressway, though it is a state-government project, it is doing well and payments are coming in time. So, the working capital cycle, we have seen good visibility and good improvement in the third quarter as compared to the previous two quarters.

Q: You had bid for one of the phases of the Bullet Train Project as part of a consortium. This was eventually won by L&T. But are there any other Bullet Train or rail corridors that the company will be bidding for and is that an opportunity you will be looking at?

A: Yes, we will be definitely participating in the bidding process for the remaining packages as and when the call for bidding. And also, we are quite strong in metro projects and a lot of metro projects we are doing in Mumbai, Pune, Nagpur and Bangalore etc. The orders I told just now is also for a metro project only given to us by National Highway Authority of India for upgrading the railway station etc and related works. So, order accretion is going to be very strong in these areas. We will participate, likewise, as I mentioned earlier about the affordable housing, drinking water supply, all these things are looking good for us. And, our backbone is buildings division, which constitutes about 45-50% of the order book as well as the turnover of the company. We have strong execution capabilities. Now, we are bidding for the Central Vista project of the central government and is a Parliament redevelopment project and nearly Rs 19,000 crore of orders are likely to call for tendering and we will participate.

Many blockbuster films are ready for being released; 2021 is likely to be good for the industry: Alok Tandon, CEO, Inox Leisure