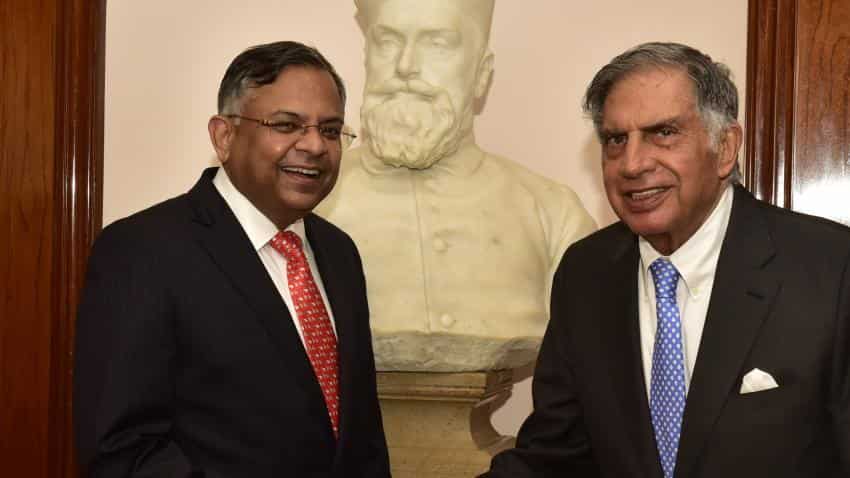 Former Tata Consultancy Services CEO, N Chandrasekaran, has a long road ahead of him in his journey as group chairman and Managing Director of Tata Sons.

Speaking ahead of his first Board meeting as Tata Sons chairman, Chandrasekaran said: “In my new role, I will focus on three strategic priorities: bring the group closer together to leverage its enormous collective strength; reinforce a leader’s mindset among the operating companies and drive world-class operating performances across the group; bring greater rigour to our capital allocation policies and deliver superior returns to our shareholders."

Chandrasekaran was promoted to group chairman on January 12 of this year after Cyrus Mistry left the building leaving behind a trail of controversies and legislative formalities. He was appointed as Chairman of group operating companies including Tata Power, Tata Motors, Tata Steel and Tata Consultancy Services, where he was CEO from 2009-2017.

As chairman Chandrasekaran will have to pick up after Mistry who was a director on the boards of many Tata companies for over four years.

In a boardroom battle gone public Mistry spilled the beans that the group owed Rs 1.18 lakh crore in writedowns in the coming years from five unprofitable units.

He claimed that the group’s investment in the multinational aerospace manufacturing company, Piaggio was particularly ‘distressing.’

The former chairman also claimed that his removal was illegal and that he was only given a five minute warning before the board meeting that he was going to be ousted.

Earlier this month the company agreed to sell its UK counterpart specialty steels business to Liberty House Group for 100 million pounds ($124 million), as part of Tata Steel's efforts to pare its debt.

In the year 2007, Tata Steel purchased Corus for $12 billion which hurt the company later on as Europe fell into a demand slump after the 2008 economic crisis and was hurt by a flood of cheaper Chinese imports.

On November 22, Mistry accused Ratan Tata’s ‘ego’ that led to the ‘overpayment’ of Corus. Mistry said that the company was available for half the price a year before the deal.

He reiterated that this ‘impulse buy’ put thousands of jobs in the Tata group at risk.

Tata Teleservices currently has Rs 30,000 crore worth of debt and among other telecoms has been struggling to gain subscribers with the entry of Reliance Jio.

It had the least number of subscribers in the month of December as its net additions was reported by TRAI as -1,631,032 people.

Last year, Japan based NTT Docomo has asked Tata Teleservices to pay $1.17 billion for the breach of contract on the grounds that the group neither found a buyer nor bought back the Japanese partner's 26% stake in their telecom joint venture.

NTT Docomo has been trying to exit the company since its contract in 2008 mentioned a clause that after three years, the Japanese company could exit, selling its stake in a public listing or a sale back to Tata Group.

After his removal in an email to the group, Mistry pointed out Rs 22 crore of ‘fraudulent transactions involving non-existent parties in India and Singapore’ in the case of AirAsia.

In 2013, the Tata Group announced its joint venture with AirAsia, the budget airline based in Malaysia.

Mistry said that his ‘pushback was hard but futile’ with regards to the deal made with the airline. He blamed Ratan Tata for his ‘passion for the airlines sector’ and said that Ratan pushed for the group to invest much more in its airlines than planned.

In December the Enforcement Directorate filed charges against the airline in connection with alleged violations under Foreign Exchange Management Act (FEMA).

At the end of June last year the airline had an outstanding debt of 10.7 billion ringgit ($2.6 billion).

Operator of the Pierre Hotel in New York City, Indian Hotels has been pairing debt by selling assets including a property in Boston and its stake of almost 6 percent in Belmond Ltd., owner of the 21 Club restaurant in New York and Hotel Cipriani in Venice.

A Bloomberg report quoted Ajay Srivastava, New Delhi-based managing director at Dimensions Consulting who said, "Chandra will have to deal with the 'ailing children' -- Tata Steel Europe, Tata Motors and Indian Hotels -- even as he identifies new growth projects and finds the resources to grow them."

"I look forward to working with my colleagues, the management teams and the Boards of the companies towards achieving these goals,” Chandrasekaran said.

Chairman Emeritus of Tata Sons, Ratan Tata extended his greetings to the newly appointed chairman and said, “I wish Chandra every success for the future.”