As Dhoni quits as captain of the ODI and T20 cricket team, brands have already started walking off his pitch as the end of his cricketing career approaches. 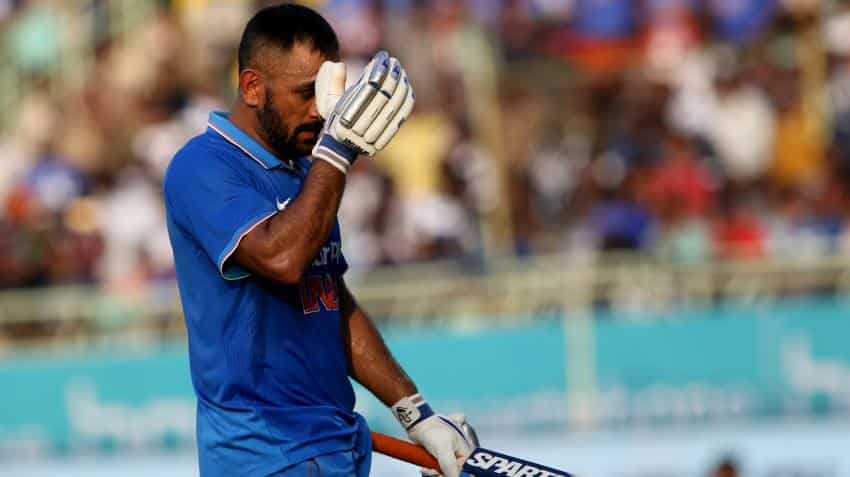 MS Dhoni walks out of the pitch after being dismissed during a match. Photo: IANS
Written By: Collin Furtado
RELATED NEWS

Mahendra Singh Dhoni, popularly known as MS Dhoni and who has notably been one of most successful captains of the Indian cricket team, stepped down from his role as the captain from ODI and T20 cricket. This comes after he had given up his Test cricket captaincy in December 2014, which paved way for Virat Kohli to lead the Indian cricket team and is now the top choice for captaincy of the ODI and T20 team.

While it Kohli seems to replacing Dhoni on the pitch, the same seems to be happening off the pitch too. In terms of brand endorsement for Dhoni the number had come down from 18 brands in 2014 which had earned him $27 million to 10 brands in 2016, since he announced his retirement from test cricket.

One of the biggest brands in his portfolio PepsiCo in August last year ended their 11-year association with Dhoni. The brand however has Kohli as their brand ambassador apart from Bollywood stars Ranbir Kapoor and Anushka Sharma. Some of the other brands that have brought their association with Dhoni to an end include Cello, Aircel, Titan, GE Money, Amarpali, Big Bazaar, Dabur Honey and Boost.

It seems like brands seem to sensing the end of his career approaching and have decided to take on a fresher face such as Kohli.

According to the Business Insider report, Kohli charges around Rs 2 crore a day versus Rs 1.5 crore by Dhoni. For annual contracts, Dhoni's fees is around Rs 8 crore.

Also read: End of an era: A look back at MS Dhoni’s association with PepsiCo

Dhoni's net worth in 2016 is expected to be around $31 million, out of which a large portion of it comes through brand endorsements. He was also named in the 100th most influential people by TIME magazine and name the 16th most striking athlete in the world by Sports Pro.